Ex-Infosys CFO V Balakrishnan has criticised the new digital media rules, arguing that they appear to be unduly compromising the right to privacy of citizens. 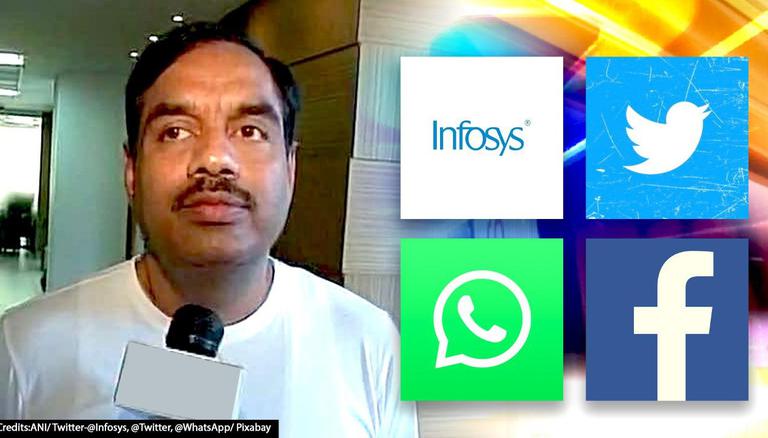 
With the new IT (Intermediary) guidelines that came into force on May 25 making social media companies squeamish, industry veteran and former Infosys Chief Financial Officer (CFO) V Balakrishnan has criticised the new digital media rules, arguing that they appear to be unduly compromising the right to privacy of citizens. Pointing out the specifics, Balakrishnan has voiced his opinion against the dilution of the right to privacy and the oversight mechanism i.e. the traceability clause, lying fully with the executive arm of the government - terming both as a concern amongst the set of rules enforced that all social media companies need to comply with. Drawing a strong comparison, the former Infosys chief opined that India, which has one of the large and free social media ecosystems in the world, appears to be going China's way where media is state-controlled.

"India is one of the large social media ecosystems in the world which is free till now and the apprehension is that we are going the Chinese way", V Balakrishnan told PTI on Thursday.

On the other hand, the government has maintained that the new guidelines are only designed to prevent abuse and misuse of social media. When asked about the same, the ex-Infosys CFO who left the company to join the AAP highlighted that the World Press Freedom Index 202O produced by 'Reporters Without Borders' ranked India at 142nd out of 180 countries. Notably, Balakrishnan had a short and unsuccessful political stint as well when he had contested as an Aam Aadmi Party candidate from Bengaluru Central Lok Sabha seat in the 2014 general elections.

Claiming that there is a general lack of trust in the government today, Balakrishnan said that the issues with the new rules need to be addressed. "In the last few years, we had seen the independence of many institutions getting undermined. With this background, the new rules look like unduly compromising the privacy right of citizens as also providing unfettered right in the hands of the executive government. I think these issues need to be addressed," he added.

READ | 'If we can, others can': Koo founder backs new IT rules amid non-compliance by Twitter

On Twitter's claims of 'intimidation tactics' used by police, the ex-Infosys CFO said that the micro-blogging site's concerns are real. Calling for an independent oversight mechanism outside the government with judicial oversight, Balakrishnan said, "At present, as per rules, it is with the executive arm of the government which is a big worry especially considering the track record of the current government in handling such issues."

In a scathing response to Twitter's statement over the implementation of the new IT guidelines that came into force on May 25, the Ministry of Electronics and IT on Thursday lambasted the US-based micro-blogging website for attempting to 'dictate terms' in the world's largest democracy - India. Ridiculing Twitter's claims of 'intimidation tactics' by the Delhi Police, the Union Ministry downplayed the statement issued by the micro-blogging site on Thursday as 'totally baseless, false and an attempt to defame India'. In a stern message to the social media platform, the Union Government has said that Twitter needs to 'stop beating around the bush' and comply with laws of the land, asserting that it has no locus in 'dictating' what should India's legal policy framework be.

'Ordinary Users Of WhatsApp Have Nothing To Fear': Ravi Shankar Prasad

Union IT Minister Ravi Shankar Prasad on Thursday has asserted that ordinary users of the app will not be affected by the new rules. Ravi Shankar Prasad took to Twitter and announced that new IT rules have been brought in to establish the source of the message that led to the commissioning of specific crimes mentioned in the rules.

The Union Minister assured that the central government 'fully recognises and respects' the citizens' 'Right to Privacy'. He also went on to say that the steps to reveal the 'first originator' of offensive messages in circulation pertain to offences relating to sovereignty, integrity and security of India, public order, rape, child sexual abuse. Prasad added that these measures are carried out when other less intrusive measures are not effective against the offenses.