India Has Potential To Soar To No. 1 Slot In Air Travel By Next Decade: Civil Aviation Minister Scindia

India has the potential to attain the top position in air travel in about a decade, Civil Aviation Minister Jyotiraditya Scindia said on Wednesday, underlining the government's commitment to pushing the sunrise sector to scale new heights. 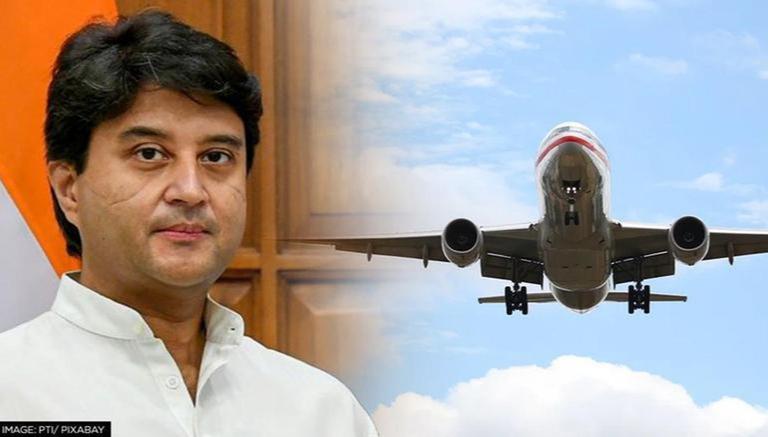 
India has the potential to attain the top position in air travel in about a decade, Civil Aviation Minister Jyotiraditya Scindia said on Wednesday, underlining the government's commitment to pushing the sunrise sector to scale new heights.

The government, he said, is committed to improving connectivity on both regional and long haul international routes, and has set a target of raising the number of airports to 220 by 2025 from 136 at present.

The airport, which will be the largest in Asia, will also create huge employment opportunities, he added.

"If you look at what we have been able to achieve in the last 5-6 years from 2014-2019....the connectivity growth, civil aviation alone has (grown) 89%, and that helped us in jumping from the seventh position in terms of travel numbers to almost fourth position in 2019. And mind you, we will be jumping to the number one position in the next decade or so," the union minister told a virtual session of the Indian Chamber of Commerce (ICC).

It has resulted in a whole new market opening up for connectivity and travel, he said, adding much of the growth in the civil aviation sector now will be driven by tier 2 and tier 3 cities as tier-1 cities have reached their maturity.

The minister said most metropolitan cities need a second airport.

"I am looking forward to a location for a second airport in Kolkata. Our metro airports are almost bursting at the seams... I think we need to look at the new airports at all the metros. We are already in the process of creating a second airport in Delhi and Mumbai. We also need to do that in other cities including Kolkata," he said.

The minister also urged West Bengal Chief Minister Mamata Banerjee to come forward and participate in the “huge” opportunities in the civil aviation space in the country.

“I have been trying to reach out to the West Bengal chief minister as well to look at issues which relate to West Bengal, which is a key element in terms of our strategic activity both to the north-east and south-east areas of India. So I would urge the West Bengal government to come forward and participate with us in this huge opportunity in India,” he said.

"We have set strong targets over the next 100 days....from either laying the foundation stone of or inaugurating five new airports, six new heliports and 50 new UDAN routes by December or so. Proliferating the last mile connectivity is our target. I think that is fundamental and key to the growth of civil aviation," he said.

The minister said connectivity is not just about bringing people close together and driving the economy.

"Two paradigms have changed....from globalisation to hyper localisation, and reaching your destination in the shortest possible time. Connectivity has become the driver of growth. Civil aviation is in its sunrise phase," he said.

Scindia said the sector is going to see huge growth, at least in the foreseeable next two decades. However, it can be achieved only if all stakeholders work in unison, he said, urging the private sector and state governments, too, to join in the effort.

He underscored the need for tapping the potential of civil helicopter space.

"The helicopter space is completely untapped in India. It shocks me that India has only 280 (civil) helicopters (registered and operational), out of which 181 are on non-schedule compared to thousands of helicopters in other countries like Brazil, Russia, China. In the last few months, we have come up with a new helicopter policy," he said.

Speaking from the employment perspective, the minister said the industry creates direct as well indirect employment.

“Building a single airport acts as a great economic multiplier. There is likely to be a 7-fold increase in economic activity around the region where an airport comes up,” he said.

Scindia also said he is looking progressively at every country and making sure that the number of flights to those with which India has Air Bubble arrangements are increased. The COVID pandemic, he said, is not over and there are countries facing fourth or fifth wave.

Scindia, however, noted such a decision cannot be taken by his ministry alone and has to be a combined call by the Civil Aviation, Home and Health ministries.

“Currently, I am looking at opening up a number of flights under the Air Bubble arrangements wherever the load factor has exceeded 75-80% on our current flights,” he said.