The recent posts on Instagram by Jeff Bezos clearly depict his future plans post his retirement as the CEO of one of the biggest tech companies, Amazon. 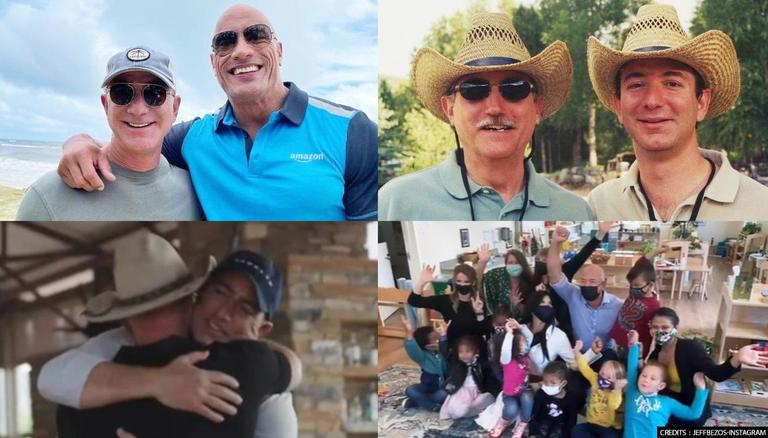 
Being the world's richest man, Jeff Bezos has invested his fortunes in a lot of ventures outside Amazon. A quick idea of Jeff's involvement can be made from his Instagram feed. The entrepreneur has about 3 million followers on his Instagram account, and he keeps sharing updates through the platform. From promoting his private spaceflight company Blue Origins to resharing Dwayne Johnson's post, Bezos' social media profile says a lot about his future endeavours. While he stepped down as Amazon’s CEO on July 5, 2021, here are the latest updates from the tech visionary’s life.

Jeff Bezos' Instagram posts speak a lot about his ventures

Jeff reposted a picture from Dwayne – The Rock’s profile which shares information regarding an upcoming action comedy movie titled ‘Red One’. The movie will be produced by Amazon Studios and Seven Bucks Production, with the shoot scheduled in 2022 following a Holiday release in 2023. The wrestler turned actor Dwayne Johnson is one of the most popular Hollywood artists. In the picture, Dwayne is wearing an Amazon-branded shirt, standing with his arm around Jeff’s shoulder.

Jeff’s flight to outer space with his brother Mark

Jeff Bezos happens to own a private spaceflight company called Blue Origin, which aims to increase the safety of human space flights and decrease the resources it costs. On June 7, 2021, Jeff announced through his Instagram account that he would be flying to space in the first-ever commercial space flight by Blue Origins along with his brother, Mark Bezos. In the video shared by Jeff, his brother Mark says that he was shocked when Jeff asked him to accompany him to the ultimate horizon.

A network of tuition-free preschools for the underserved – Bezos Academy

Jeff launched Bezos Academy, an initiative to provide year-round guidance at Montessori-inspired preschools to children of 3 to 5 years of age. Jeff aims to establish a network of tuition-free early schooling. Bezos Academy aims at developing fundamental skills such as reading, social, and emotional skills. In a post dated May 28, 2021, Bezos congratulated the teachers that have made Bezos Academy possible.

Amazon CEO Jeff Bezos is stepping down on July 5, 2021

Amazon New CEO, Andy Jassy will be taking over Amazon from July 5, 2021, one of the largest technology-driven companies on the planet. Previously, Andy Jassy has been the chief of Amazon Web Services since 2003. Jeff would still remain the executive chairman of Amazon, the company that he built right from his backyard. Jeff's other involvements showcase his personality as a true visionary.

READ | Who is Andy Jassy? Read details about the man who replaces Jeff Bezos as new Amazon CEO