The government will introduce the cryptocurrency and Regulation of Official Digital Currency Bill, 2021 in the ongoing winter session of Parliament. 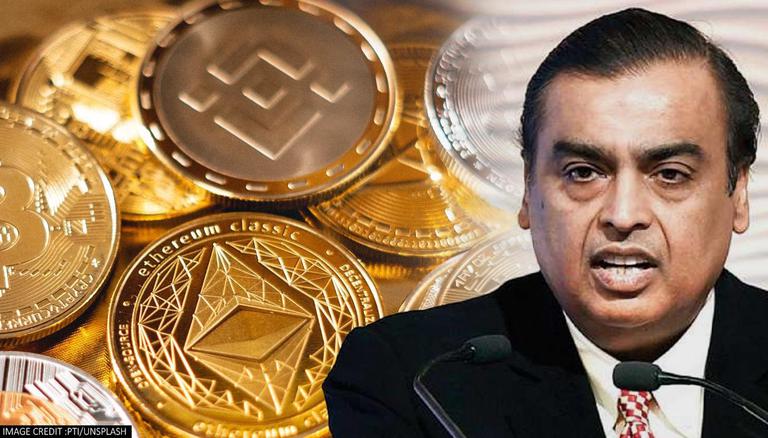 
Stating that India is on right track, Mukesh Ambani, the chairman and managing director (MD) of Reliance Industries Limited, on Friday supported proposed cryptocurrency and data privacy bills. The billionaire said that India has the right to build and protect strategic digital infrastructure.

Calling data "new oil", Ambani said that the right to privacy of every citizen should be safeguarded. "India is putting in place the most forward-looking policies and regulations," he said at the Infinity Forum. He pointed that India already has a great framework of digital Aadhaar, digital payments and digital bank accounts.

For safeguarding every citizen's right to privacy, he said that the right policies and regulatory framework have to be in balance with the country's need to guard data and digital infrastructure.

Stating that blockchain is different from cryptocurrency, Ambani said that he is a big believer in blockchain technology and called it "very important for a trust-based, equitable society."

"Using blockchain, we can deliver unprecedented security, trust, automation and efficiency to almost any type of transaction. It can be used to modernize our supply chains that form the lifeblood of our economies," he added.

Ambani said that India is transitioning from 2G to 4G and with the rollout of 5G next year "we are on our way to giving the most advanced digital infrastructures in the world".  He said that the next step is connecting to machines and vehicles which is the Internet of Things (IoT).

Speaking at the Republic's 'Indian Economic Summit 2021', Union Minister Rajeev Chandrasekhar had asserted that the proposed bill on cryptocurrency does not intend to ban crypto or blockchain. "What the law actually does is that there will be a Centre bank digital currency.  In a sense, it takes away volatility, speculations out of the picture," he had said.

The government will introduce the cryptocurrency and Regulation of Official Digital Currency Bill, 2021 in the ongoing winter session of Parliament.