Republic Economic Summit | 'PM Modi Is A Technocrat At Heart': Why Amitabh Kant Is Gung-ho On 'India's Century'

At the Republic Economic Summit,G20 Sherpa Amitabh Kant said that the transformation within India is due to PM Modi's focus on governance. 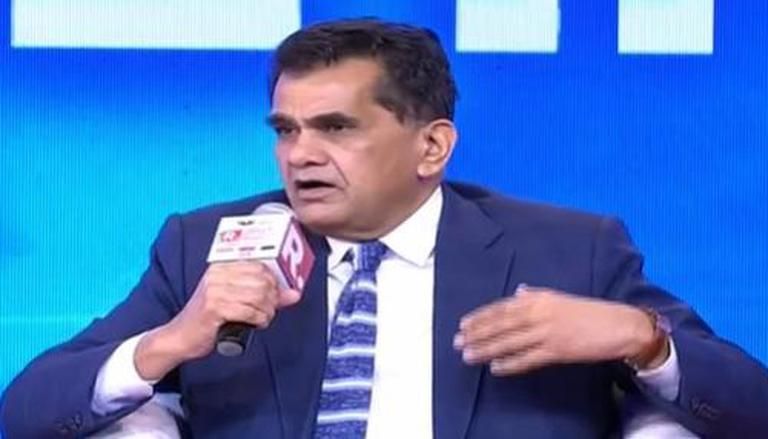 
At the second edition of the Republic Economic Summit, the Managing Director of Counselage India Sunil Seth and Ex-CEO of Niti Aayog and G20 Sherpa Amitabh Kant steered an invigorating discussion on India's rise on the global stage. Calling PM Narendra Modi "a technocrat at heart', Kant asserted that the growth of the country was immensely accelerated after PM's pushed India towards digitalisation.

As India is all set to assume G20 Presidency for a period of one year from December 2022, the G20 Sherpa Amitabh Kant said, "By the time India takes over the G20 presidency, the growth will be slowed down as there would be recession in several parts of the world. There's the Russia-Ukraine crisis, climate action is very critical, so the 2030 agenda of sustainable development goals are left behind and therefore, we need to accelerate the growth."

"Therefore, unlike G20s held in many parts of the world, the Prime Minister is determined to make an event where every citizen of India gets involved. PM Modi has decided that G20 would be held in every state and union territory of the country to increase people's participation," Kant added.

#IndiaEconomicSummit | 'By the time India takes over G20 presidency, there would be recession in several parts of the world, you have the Russia-Ukraine crisis, you will have to accelerate the growth': @amitabhk87, G 20 Sherpa. Watch - https://t.co/Sl14jrf0FI pic.twitter.com/ANerI4xWZr

Further adding, the ex-CEO of NITI Aayog said, "There has been a radical transformation in terms of housing and electricity. I am a great believer that the story of India has only begun. This will not just be the decade of India, but will be India's century in the coming years."

'PM Modi is a technocrat at heart...'

Hailing PM Modi for pushing India towards digitalisation, Kant said, "PM Modi is a politician when campaigns during elections, but he is very focused when he is doing governance. Other than election time, he is a hardcore taskmaster at governance issues, he focuses on the outcome. PM Modi is a technocrat at heart and therefore, he has pushed the story of digital India in a very big way."

#IndiaEconomicSummit | 'The transformation within India is due to PM's own focus on governance. Other than election time, he's actually a hardcore task master. He is basically a technocrat at heart': @amitabhk87, G 20 Sherpa. Watch - https://www. https://t.co/qLxPeWpZPb pic.twitter.com/xlaR2BDy8t