Foodtech major Swiggy has decided to restructure the management of its daily milk and eggs subscription service named Supr Daily. 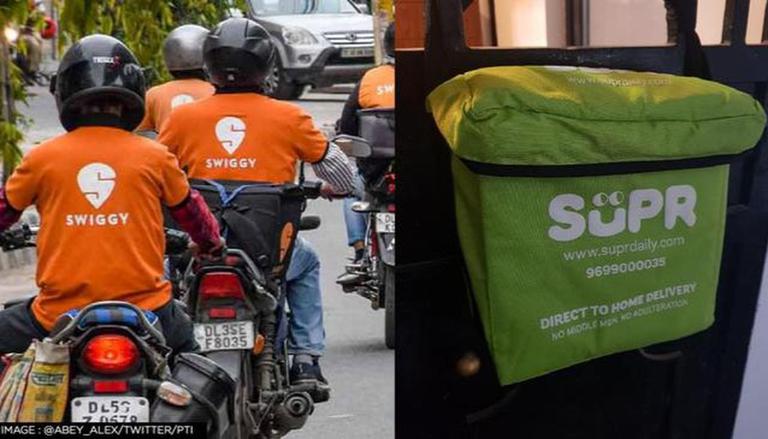 
Foodtech major Swiggy has decided to restructure the management of its daily milk and eggs subscription service named Supr Daily. The Bengaluru-based startup will be establishing Swiggy Supr Daily as a separate business unit within its parent company named Bundl Technologies Private Limited. Earlier in 2019, it had acquired Supr Daily from its founders- Puneet Kumar, Rohit Jain, and Shreyas Nadgawane, who are now quitting the company.

Swiggy to establish Supr Daily as a separate business unit

Swiggy follows a similar model for its other units of food delivery like InstaMart, private brands, and others. The company believes that establishing a separate business would allow the leadership to keep a closer eye on the operations and "unlock its full potential."

As part of the restructuring, Swiggy's Phani Kishan will be elevated as Supr Daily CEO (Chief executive officer). Kishan was previously serving as the vice president of strategy and investments at the food aggregation business.

Recently, in a blog post, co-founder and Swiggy CEO said, "With this change, the support functions of HR, Admin, Legal, IT, and Finance from Supr will be integrated into the relevant functions with Swiggy and immediately start tapping into the resources and structures we already have available. Supr Daily will continue to have dedicated business teams to ensure the necessary focus and nimbleness to achieve their goals."

"Phani’s involvement with Supr is not new – as part of the Supr board, he has been working closely with the leadership team on the strategy over the last three years. He’s also been engaged with the team over the last couple of months at an operational level," he added.

The major development comes as several media reports highlighted that the food tech company is in talks to raise $500-600 million from US-based asset manager Invesco and others. This step is expected to mark Swiggy's entry to the decacorn club. Decacorn, in the startup parlance, are companies that are valued above $10 billion.

According to Business Insider, in July this year, Swiggy had raised funding worth $1.25 billion in just several days after Zomato closed its $1.3 billion initial public offerings (IPO). The Bengaluru-based company's round was led by SoftBank and Prosus (earlier known as Naspers).

The company also invested over $100 million in groceries delivery company Grofers to aid the plan. However, it was only recently, the company decided to drop the plan to enter the groceries segment.

What is Supr Daily?