In India, as is the case all around the world, most startups worth over 1 billion US dollars (Unicorns) are in some way or the other funded by foreign entities

Even as India on Saturday amended its foreign direct investment policy to ensure no hostile takeover of stressed firms could take place during the COVID-19 lockdown, major startups in the country are already heavily funded by Chinese conglomerates with investments running into the billions. In India, as is the nature of such things all around the world, all successful start-ups worth over 1 billion US dollars (Unicorns) are in some way or the other funded by foreign entities, either directly, or via indirectly via the funding of the venture capital that is invested into them, and China is a major player in this market, with some very big names.

Read: Trump Slams China After Wuhan's Covid Death Toll Hiked By 50%; Says 'It's Not Even Close'

As per data released by Gateway House, Jasper Infotech, popularly known as the e-commerce website Snapdeal, has received over $700 million as investment from Chinese multinational conglomerate-- Alibaba Group along with others. Popular Indian e-payment website Paytm has received over $650 million from Chinese investors mostly by the Alibaba Group again. 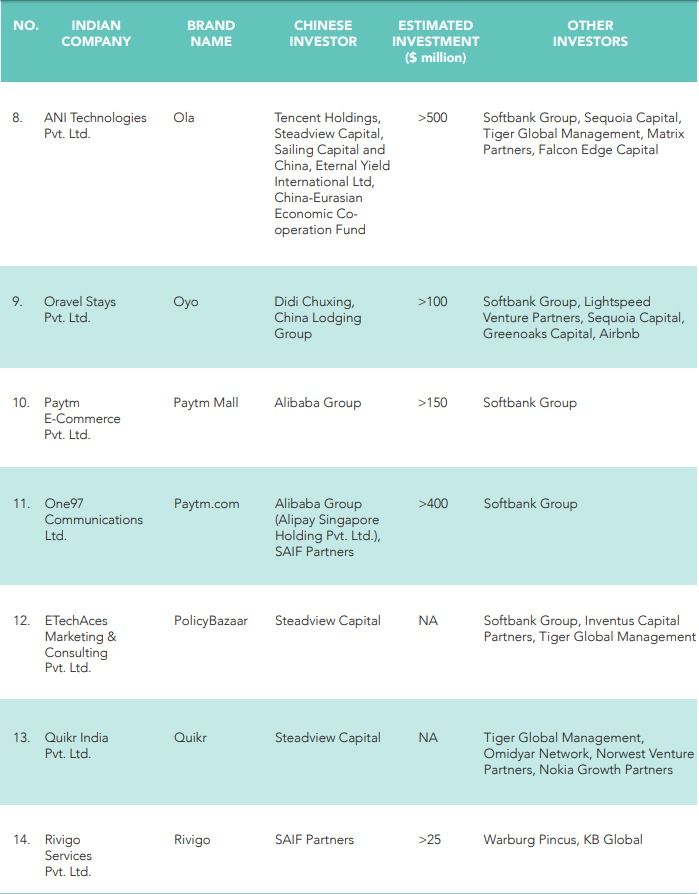 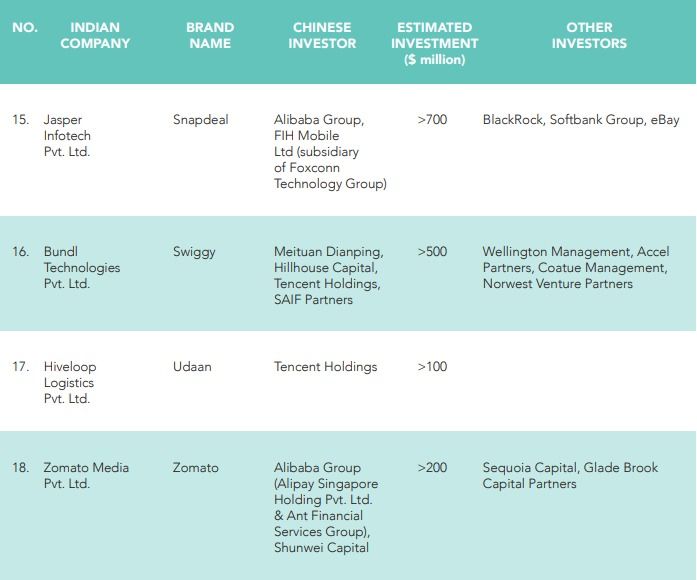 While the virus which has infected over 2,331,892 people and claimed over 1,60,763 lives bringing global economies to a standstill, China, from were it originated has slowly begun to recover from the pandemic and has picked up its manufacturing again.

According to the amendment in the Foreign Direct Investment (FDI), neighboring countries - including China, Nepal, Bangladesh, Pakistan will require government approval for investing in Indian companies. Apart from India, EU, US, Australia have checked Chinese FDI amid COVID-19 crisis.

Read: India Revises FDI Policy- Govt Nod Required By All Neighbouring Nations To Invest In Cos