Jeff Bezos agreed with David Solomon's views on the US economy and retweeted a video of his interview and warned of the possibilities in the economy. 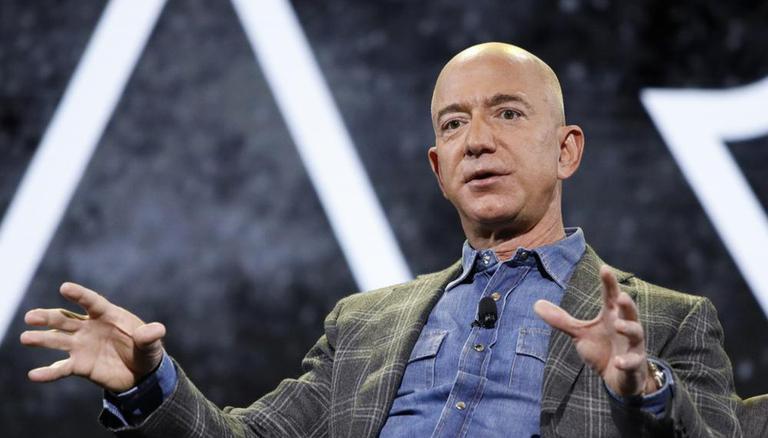 
Amazon founder Jeff Bezos has agreed with Goldman Sachs CEO David Solomon over the chances of a recession. Solomon said that the US economy could be heading to recession and called on business owners to remain cautious. Bezos agreed with his views on the US economy and retweeted a video of Solomon's interview with CNBC and warned of the possibilities in the economy.

In the video, Solomon said that business owners need to think more "cautiously" of the "risk box and appetite" if they run a "risk-based business." He further said, "In the distribution of outcomes, there's a good chance we could have a recession in the US." Bezos seemed to have agreed to his views and shared his own opinion on Twitter while sharing the clip. The Amazon founder tweeted, "Yep, the probabilities in this economy tell you to batten down the hatches."

Meanwhile, the Fitch ratings said that it expects that the US economy will enter recession in the second quarter of 2023 and stressed that the projected recession is similar to that of 1990-1991. It stated that the household debt service and leverage will continue to remain low in comparison to the historical standards. The Fitch ratings stated that the robust US consumer finances will help "cushion" the effect of a likely recession starting in the second-quarter of 2023.

READ | Looking forward to cooperative efforts from Pak to eliminate terror threats: US

“Fitch expects the U.S. economy to enter genuine recession territory albeit relatively mild by historical standards in 2Q23. The projected recession is quite similar to that of 1990–1991, which followed similarly rapid Fed tightening in 1989–1990," Fitch ratings said in the release.

Earlier this month, the Bank of America warned that the US economy will start losing tens of thousands of jobs a month beginning early next year due to the Federal Reserve’s fight to tackle inflation, CNN reported. The Bank of America noted that even though the jobs market remained strong in September. However, the Federal Reserve is making efforts to make a change by increasing interest rates to ease demand for products ranging from cars to appliances, as per the news report. In a report to its clients, the Bank of America warned that the rate of job growth is expected to reduce in half during the fourth quarter of 2022. It said that the nonfarm payrolls will start to shrink early next year which would result in a loss of around 175,000 jobs a month during the first quarter of 2023.

READ | US: Man wanted for questioning in four Oklahoma deaths is arrested