Gujarat government schools have taken admission of over 3.27 lakh students who have shifted from private schools in last 7 years. Check details here. 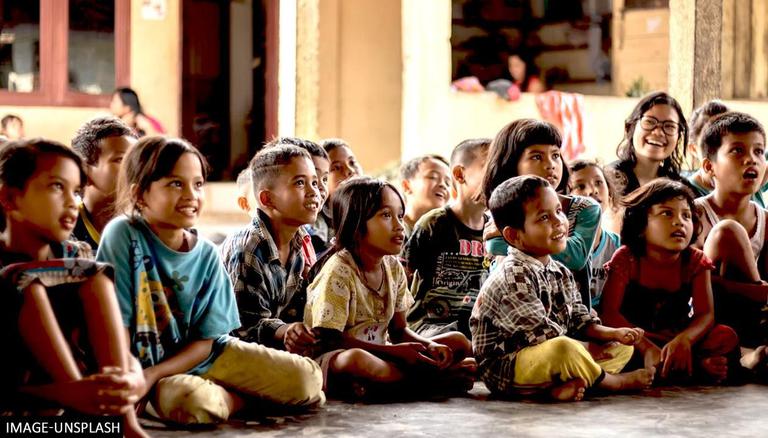 
Gujarat govt school update: The state governemnt has recently released a data which states that over 3.27 lakh children in seven years in Gujarat have shifted from self-financed schools to government primary schools. Out of over 3.27 lakh students, over 40,000 students study in Ahmedabad city. The data has been released in reply to the repeated questions being raised by Delhi’s Aam Admi Party (AAP) on Gujarat’s education system. Recently, Delhi’s deputy Chief Minister Manish Sisodia went to few government schools in Gujarat.

“In the last 7 years in the state, it is estimated that more than 3.27 lakh students have left self-financed schools and got admission in government primary schools. While in the city of Ahmedabad, in the last seven years, more than 40,000 students have shifted from private to government schools,” reads the release issued by Gujarat government.

Since 2014-15, the highest number of students are shifting from private schools to government schools. Over 60,000 students have been admitted to over 32,000 government primary schools across Gujarat in the academic session 2021-22.

Listing out facilities in government schools, the state government added, “In the 21st century of Science parents especially look for facilities for their children in schools. These include a pre-education kit, 3D education chart, science and maths lab with a working model, a digital planetarium, future classroom, false ceiling, multiplay station and outdoor rubber mat, indoor mat, whiteboard, sports kit and library. Parents take admission of their wards in schools with all these facilities.”

Administrative Officer of Ahmedabad Municipal school board LD Desai said, “Due to government policies, parents are thinking towards government schools. Parents are being made aware of state government’s policies including highly qualified teachers, increase in infrastructure facilities as well as the benefits offered by the government. As a result, parents get the best education in a government school, even better than a private school”.