IMP 2022: India has been ranked 24th at International Mathematical Olympiad. Highlights of the annual olympiad & player details can be checked below. 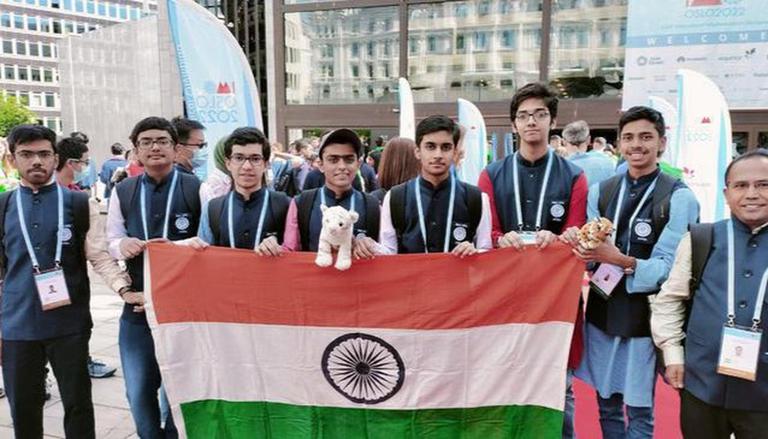 
India has secured 24th rank in International Mathematical Olympiad. This year, a total of 104 countries participated at International Mathematical Olympiad. IMO 2022 was conducted in Norway from July 6 to July 16, 2022. The Indian team won one gold and five bronze medals at the event. Bengaluru-based Pranjal Srivastava scored a hat-trick with his third consecutive gold medal at IMOs and is the first Indian to have won three gold medals at IMO. The Indian team was led by Niranjan Balachandran, IITB (Leader), Shanta Laishram, Sutanay Bhattacharya (Observer A) and Spandan Ghosh (Observer B) from IISc., Bengaluru.

National Centre of TIFR tweeted, "We are happy to announce that India won 1 Gold and 5 Bronze Medals at the #IMO2022 held in person at Oslo, Norway, Jul 6-16, 2022. We congratulate Pranjal, Arjun, Adhitya, Atul, Vedant and Kaustav. Pranjal scored a hat trick with his 3rd consecutive gold at IMOs."

We are happy to announce that India🇮🇳 won 1 Gold🥇 and 5 Bronze 🥉Medals at the #IMO2022 held in person at Oslo, Norway, Jul 6-16, 2022. We congratulate Pranjal, Arjun, Adhitya, Atul, Vedant and Kaustav. Pranjal scored a hat trick with his 3rd consecutive gold at IMOs. https://t.co/hH707PlZEW pic.twitter.com/04akzZr4u3

The IMO 2022 Indian team comprised Pranjal, Atul, Arjun, Adhitya, Vedant, and Kaustav as contestants. On July 9, HBCSE shared the official tweet with some pictures. For more details on the olympiad, candidates should go to the official website - imo-official.org.

Uttar Pradesh Chief Minister Yogi Adityanath welcomed the first-ever torch relay for the Chess Olympiad on June 27, 2022. It is being held in Tamil Nadu's Mahabalipuram from July 28 to August 10, in front of the Vidhan Bhavan.

Adityanath made a ceremonial move on a chessboard opposite Grand Master Vishwanathan Anand, the Uttar Pradesh government said in a statement. The chief minister said International Chess Federation FIDE's decision to commence the torch relay from India was a matter of pride for the country.

"Chess has its origin in India and has a 5,000-year-old tradition. We are getting an opportunity to be a part of it. This is not only an honour for India but also for the glorious legacy of chess in the country," he said.