Prime Minister Narendra Modi reached Ahmedabad on early Tuesday morning, and cast his vote in the third phase of 2019 Lok Sabha elections. Later, he took a stroll with his convoy, flashing his inked finger after casting his vote.

Taking to Twitter, the Prime Minister shared some of the glimpses around the polling booth in Nishan Higher Secondary School in Ranip, Ahmedabad where he voted. Sharing picture of his inked finger on social media, PM Modi wrote, "Voted". He added that "It feels great to be taking part in our democratic process."

It feels great to be taking part in our democratic process. pic.twitter.com/b3g8CT7t7A 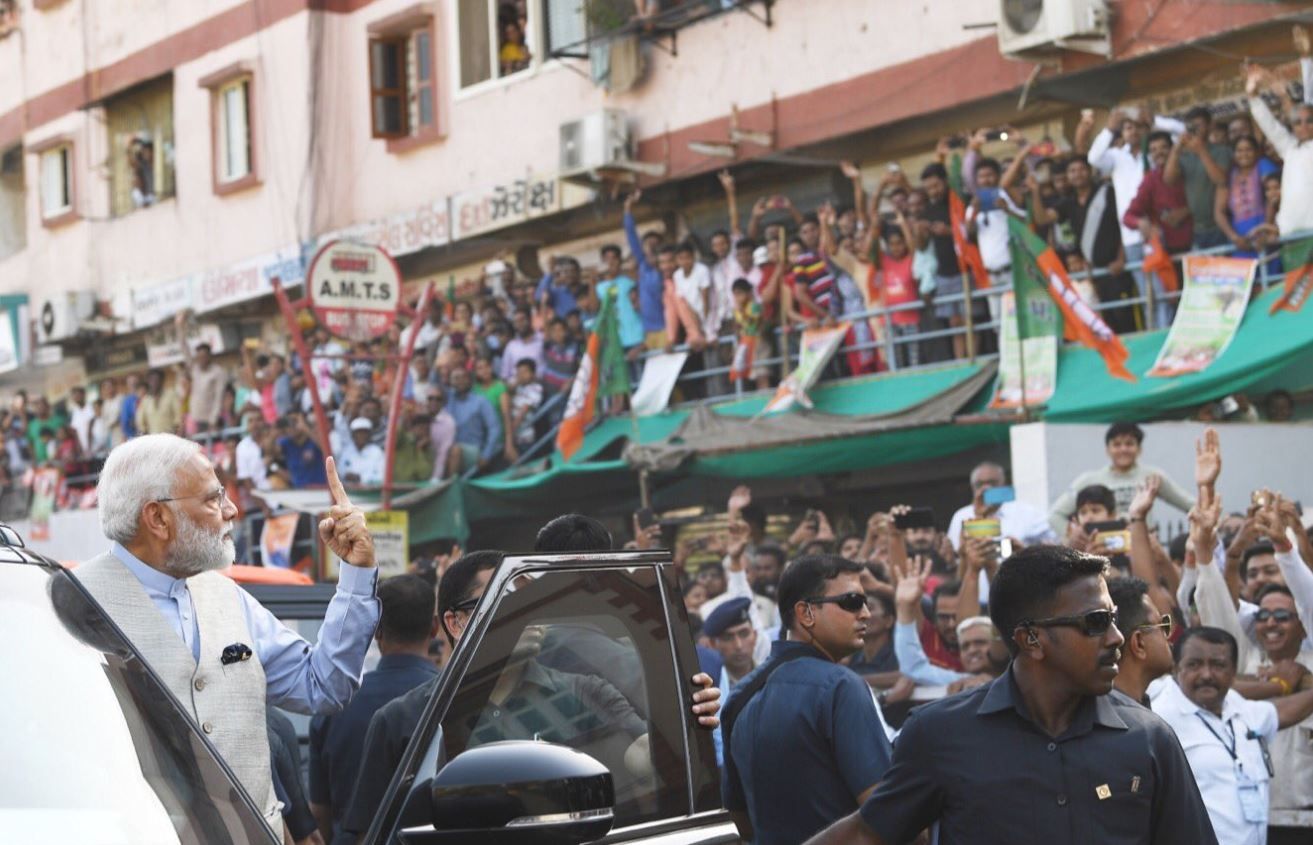 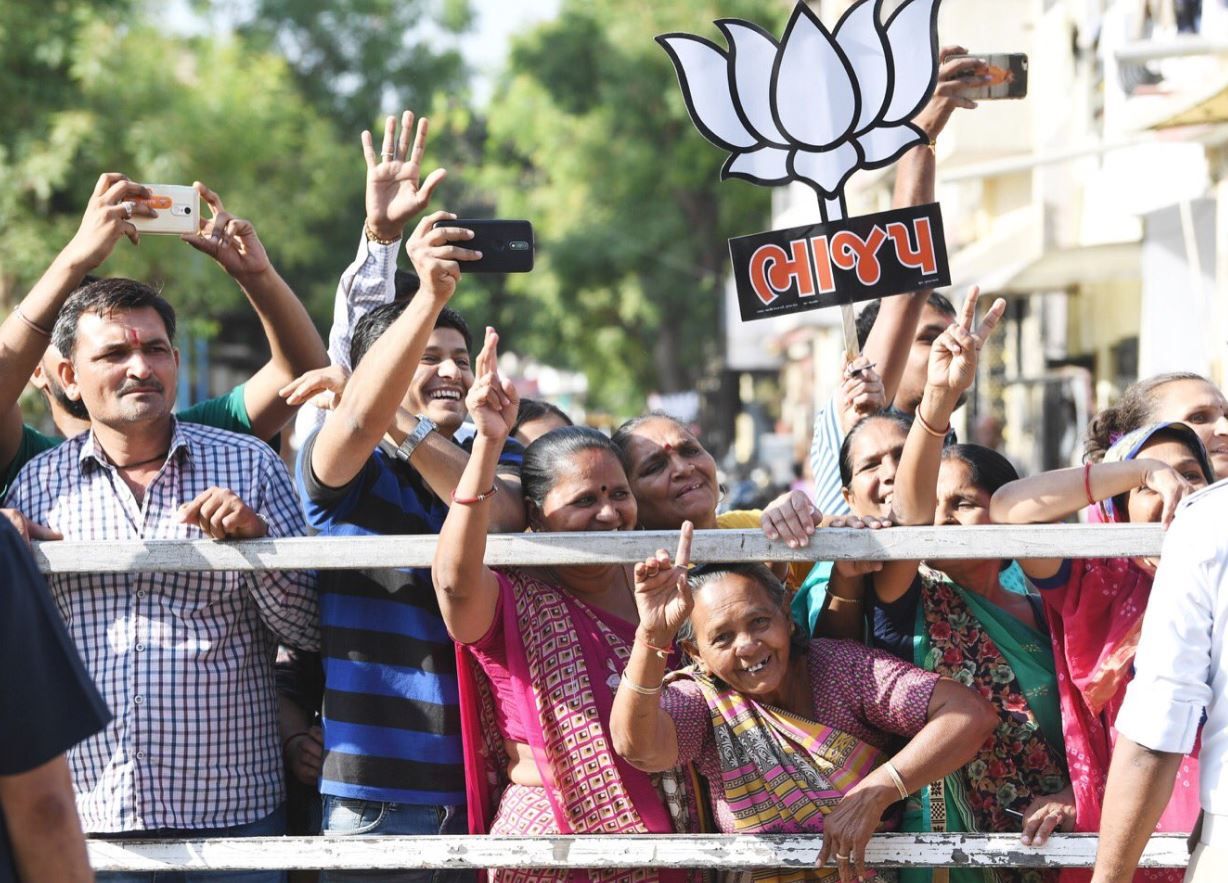 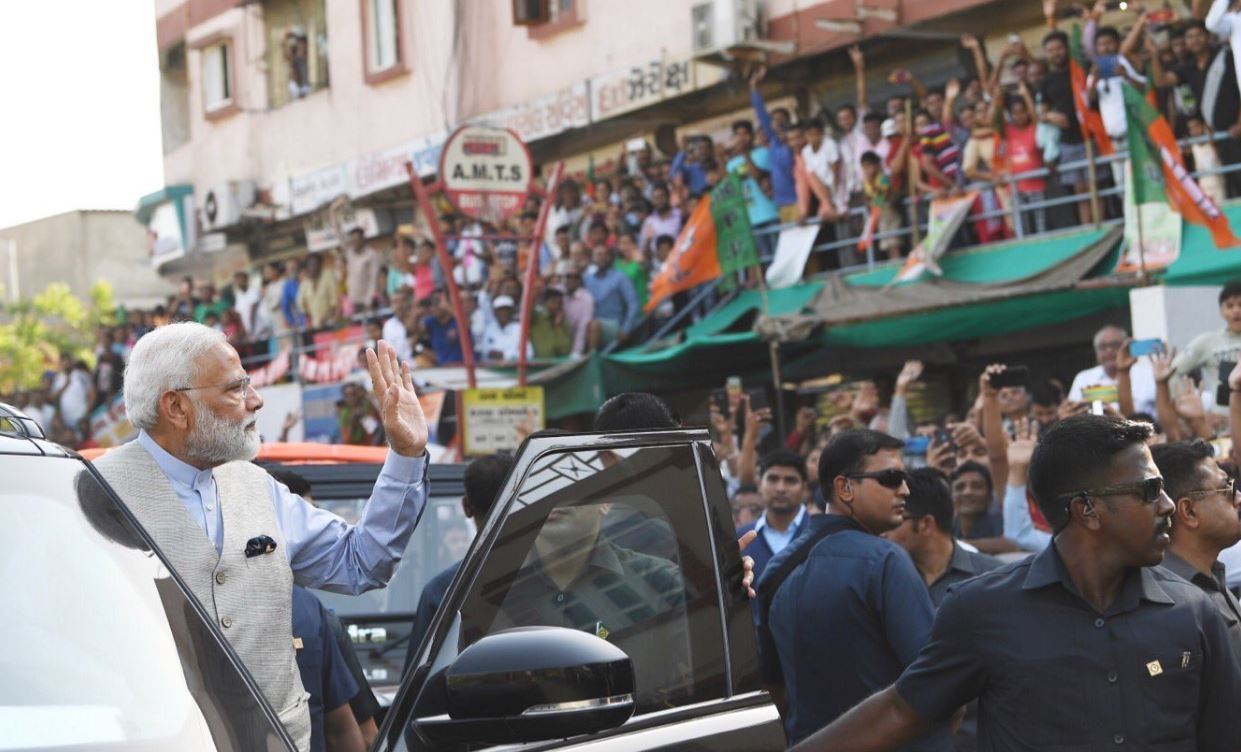 No matter how big or small a person is, every vote matter!

WATCH | "Voter ID Is More Powerful Than IED": PM Modi Sends An Uncompromising Message On Democracy After Casting His Vote In The 2019 Lok Sabha Elections

After casting his votes, PM Modi carried out a mini-roadshow, walking down the street with other BJP candidates showing his inked finger to the public. A huge crowd gathered at the polling station as he rode an open vehicle after voting. PM Modi then addressed the media from his jeep urging the voters to exercise the voting franchise.

"The weapon of terrorism is IED and strength and weapon of democracy is voter ID. I believe that voter ID is much stronger than IED. I hope we all will understand the power of this voter ID and as there was a huge margin of voting in the first and second phase, it will be same in this phase I hope. And I welcome all those people who voted," he said.

#May23WithArnab | PM Modi's message to Journalists: You all are working so hard to spread awareness about voting across the nation. My request to all my journalist friends is to take care of your health and take a vacation with your family.
Watch here-https://t.co/LGCyJUWcLF pic.twitter.com/IlzQOoqWPr

Ahead of going to cast his vote, PM Modi met his mother Heeraben at her residence in Gujarat's Gandhinagar to seek her blessing. Meeting his mother, PM Modi bows down to his mother to take her blessing, following which they shared sweets and some quality time together.

She also gifted him a red piece of cloth and the coconut from Pavagah Temple in Gujarat.

READ: Here's What PM Modi's Mother Gifted Him As A Blessing As He Heads To Cast His Vote In The Third Phase Of 2019 Polls