Here are what the Republic Exit polls number predicts for Mizoram: 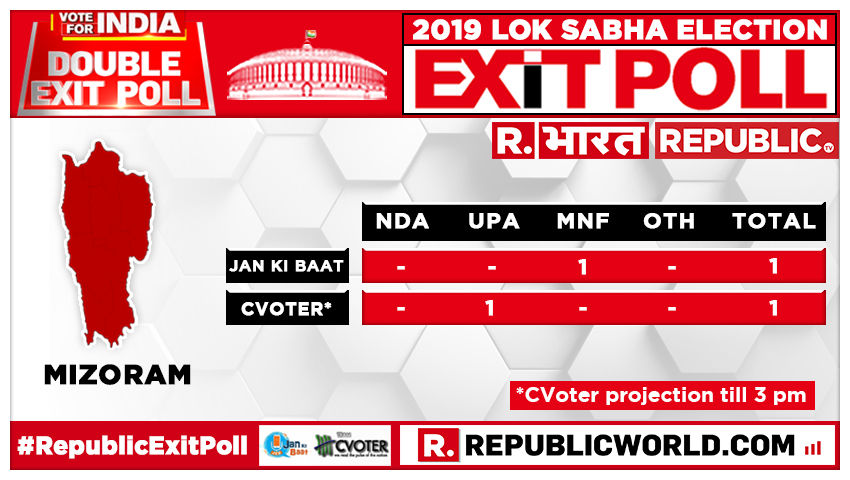 The key contest in the state:

A two-cornered fight is underway in the state's lone seat with the ruling Mizo National Front nominating C Lalrosanga and Cong-Zoram People’s Movement (ZPM) alliance fielding Lalnghinglova Hmar. Though ZPM and Congress fought the assembly elections against each other they sealed a deal against the BJP and its allies for the Lok Sabha elections as BJP has started making inroads in the state and won one seat in assembly elections in 2018.

The constituency went to polls in the first phase of the 2019 Lok Sabha elections on April 11. Lalnghinglova Hmar, a joint candidate of the Congress and the Zoram People’s Movement, contested against Nirupam Chakma of the BJP and the Mizo National Front’s C Lalrosanga. Going on polls in the first phase of elections, here is the comparison of the voter turnout in the state between 2014 and 2019 elections