TMC received a big boost after NCP's lone Goa MLA Churchill Alemao decided to switch allegiance to the party during Mamata Banerjee's visit to the state. 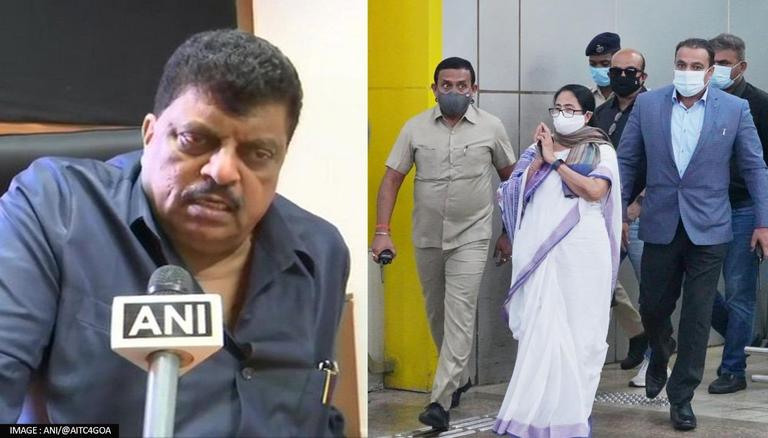 
TMC received a big boost on Monday after NCP's lone Goa MLA Churchill Alemao decided to switch allegiance to the party during Mamata Banerjee's visit to the state. A septuagenarian politician, he has also served as the Chief Minister for 18 days in 1990 besides being a Lok Sabha MP and legislator for multiple terms. Incidentally, Alemao had joined TMC in 2014 as well and unsuccessfully contested the General Election from South Goa before joining NCP two years later.

In a letter addressed to Speaker Rajesh Patnekar, NCP's Churchill Alemao explained, "In as much as I constitute the entire strength and thus not less than two-thirds of the members of the NCP legislative party in Goa Legislative Assembly, the merger of NCP and AITC for the purposes of paragraph 4(2) of the Tenth Schedule of the Constitution of India. Hence, it is kindly requested that the Hon'ble Speaker may take note of the merger and allot a seat in the Goa Legislative Assembly to the undersigned, Churchill Alemao, as a legislator of the AITC. This is for your kind information and further necessary action."

This development is perceived as an embarrassment for NCP which is exploring the possibility of forging an alliance with Congress for the Goa polls. Speaking to the media earlier in the day, NCP spokesperson Nawab Malik was quoted as saying by PTI, "Definitely, we are for the unity of all (non-BJP) parties. It (alliance) can happen if Congress takes an initiative. The Congress is a big party there. It is the responsibility of the Congress to take it all together". He also revealed that NCP MP Praful Patel had already held discussions with AICC Goa in-charge Dinesh Gundu Rao.

Subsequently, hundreds of other Congress leaders have joined the party. In another development, Independent MLA Prasad Gaonkar has extended support to TMC. Incensed by the growing political capital of the Mamata Banerjee-led party, Congress recently accused TMC of indirectly helping BJP by dividing the secular votes. During the WB CM's last visit to Goa which concluded on October 30, veteran Bollywood actor Nafisa Ali and Tennis legend Leander Paes joined her party. To woo woman voters, the party has promised to give a monthly sum of Rs.5000 to a woman in every household on winning the election.