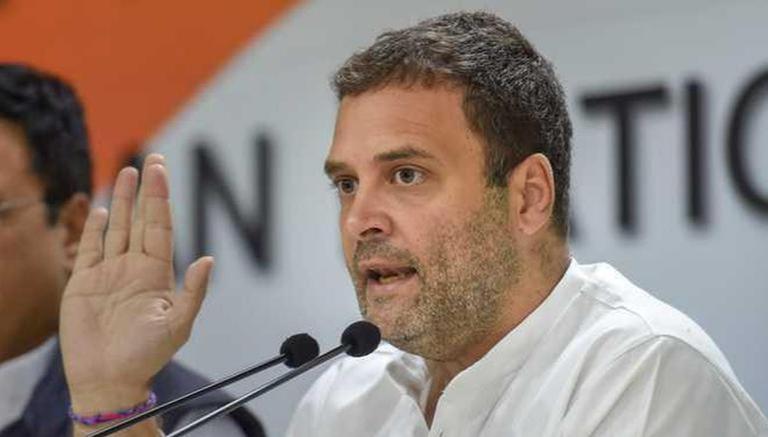 
Former Congress President Rahul Gandhi who returned from Italy on January 9 met senior party leaders on Monday to discuss the upcoming Goa Elections. Sources informed that, after flying back to Delhi, the Gandhi scion convened a meeting with party leader KC Venugopal and P Chidambaram on Monday evening.

Rahul Gandhi had jetted off to Italy on December 29 to ring in New Year 2022. The Wayanad MP's visit came just a month after his return from foreign shores post a long break ahead of the Winter Session of the Parliament. Even amid the fierce Centre-Farmer face-off over the three Farm Laws in December 2020, Rahul Gandhi had left for Milan, his absence coming at a critical juncture for Congress ahead of its presidential elections, which were ultimately never held. Ever since Gandhi's 55-day vacation in 2015, shortly long after the Congress party's election drubbing in the 2014 Lok Sabha polls, his foreign visits have been the subject of political scrutiny.

Congress exodus ahead of Goa Elections 2022

It is important to mention that the meeting also comes at a time when the Goa Congress is facing a massive exodus at the hands of the Trinamool Congress (TMC). In an attempt to expand its base across the country, TMC has increased its political footprint in Goa, aiming to emerge as an alternative force to the Congress. During this process, the party has riled up the grand-old party by inducting many of Congress netas like Sushmita Dev, Abhijit Mukherjee, Kirti Azad, Ashok Tanwar and former Goa CM Luizinho Faleiro.

The Election Commission of India (ECI) on Saturday announced the schedule for Goa Legislative Assembly elections 2022. The polls to elect members to the 40-member House will be conducted in a single phase on 14 February, while the counting of votes will take place on 10 March. The date of notification has been set for 21 January while the last date to file nominations is 28 January. Additionally, other important dates include: