Ahead of Punjab Election 2022, the Sanyukt Samaj Morcha has released its first list of 10 candidates. SSM chief Balbir Singh Rajewal will contest the elections. 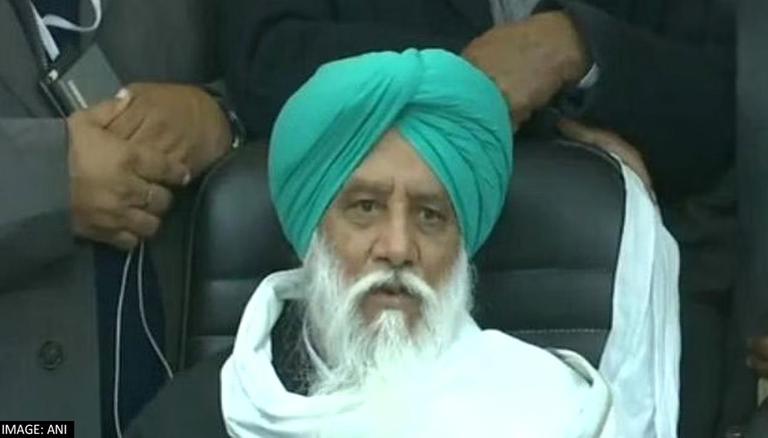 
Ahead of Punjab Election 2022, the Sanyukt Samaj Morcha (SSM) has released its first list of 10 candidates. As per the list, SSM chief Balbir Singh Rajewal will contest the Assembly election from the Samrala Assembly seat, advocate Prem Singh Bhangu from Ghanaur, Harjinder Singh Tanda from Khadoor Sahib, Ravneet Singh Brar from Mohali and Dr Sukhmandeep Singh Dhillon from Tarn Taran.

SSM has also announced the names of Rajesh Kumar from Kartarpur, Ramandeep Singh from Jaiton, Ajay Kumar from Phillaur, Balraj Singh Thakur from Qadiyan, and Navdeep Sangha from Moga. The Morcha will be contesting in all the 117 Assembly constituencies in the state.

Earlier, it was reported that SSM will be forming an alliance with Aam Aadmi Party (AAP). However, SSM president Balbir Singh Rajewal on Sunday, while speaking to media, said that they will not form an alliance with AAP for the Punjab elections 2022.

Addressing a press conference, Balbir Singh Rajewal said, “Samyukta Samaj Morcha will not form an alliance with the AAP for Punjab Assembly polls.” Further, the SSM chief informed that the party was instead looking at siding with farmer leader Gurnam Singh Chaduni’s party. He informed that a committee has now been formed to look into aspects of forming an alliance with the Sanyukt Sangharsh Party.

“For alliance with (farmer leader) Gurnam Singh Chaduni’s party, we have formed a committee that will look into different aspects related to it,” Rajewal said. The SSM leader had earlier levelled allegations against AAP and claimed that the party has “fielded criminals” for Punjab polls this year.

Samyukta Samaj Morcha will not form an alliance with AAP for Punjab Assembly polls. For alliance with (farmer leader) Gurnam Singh Chaduni's party, we have formed a committee that will look into different aspects related to it: Morcha president Balbir Singh Rajewal pic.twitter.com/Rpc3mysi3e

Election Commission on Saturday announced the dates for the 2022 Punjab Legislative Assembly elections which will be held in February to elect 117 members of the 16th Assembly of the Punjab Legislative Assembly. The current Assembly, elected in 2017, is set to expire on 27 March. In the last Assembly elections, the Indian National Congress bagged 77 out of 117 seats, pushing the ruling alliance between Shiromani Akali Dal (SAD) and the Bharatiya Janata Party (BJP) to third place with 18 seats. AAP was second with 20 seats and became the official opposition in the state. Polling in Punjab is scheduled to be held on February 14 and the counting of votes will take place on March 10.