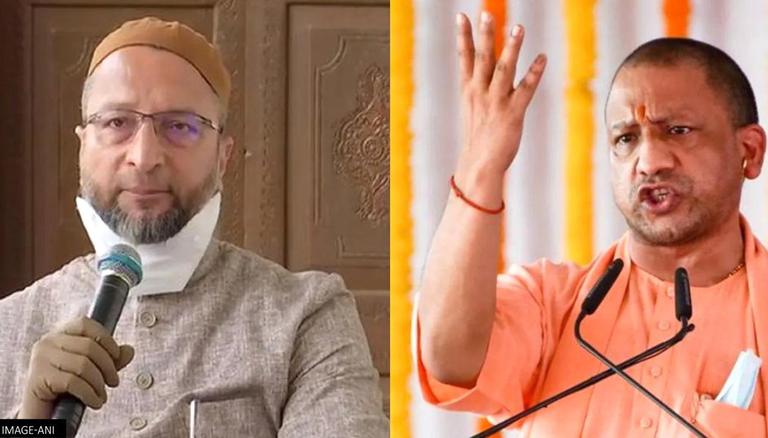 
All India Majlis-E-Ittehadul Muslimeen (AIMIM) chief Asaduddin Owaisi on Saturday attacked Uttar Pradesh Chief Minister Yogi Adityanath over his decision to rename places. Addressing a rally in Firozabad, Owaisi took a dig at Adityanath and claimed that he is suffering from "fever of renaming places". During his speech, the AIMIM chief referred to media reports that claimed that 45-200 children died of viral fever in Firozabad in August-September.

Owaisi has held the BJP government in Uttar Pradesh responsible for the same. Moreover, he claimed that if one questions Yogi Adityanath about the same, then he would say that fever hit the district because of its name - Firozabad. He added that Adityanath suffers from a fever of renaming places.

"Media reports say 45-200 children died of viral fever in Firozabad in August-September. If you would question Baba (CM), he would say fever hit the district because of its name. He is suffering from the fever of renaming places," said Owaisi

"The Chief Minister won't realise why the children are dying. They are dying because the BJP government in UP just made 17 public health centres in Firozabad. There are no doctors or medicines. But Baba (CM) will say that change Firozabad's name then children will not get fever and die. Changing names does not help but working will. He (Yogi Adityanath) will say that change name and if they don't listen put them in jails," added Owaisi

READ | Asaduddin Owaisi's threat to UP Police: 'After PM Modi & Yogi leave, who will save you?'

Back in 2020 during the Greater Hyderabad Municipal Corporation (GHMC) elections, Yogi Adityanath had sparked a debate about renaming Hyderabad as 'Bhagyanagar'. Responding to his remarks, Owaisi attacked Adityanath and questioned him if he had taken a contract of renaming every place. The AIMIM chief asserted that Hyderabad will not be renamed to Bhagyanagar. Moreover, he stated that Hyderabad will not be renamed but he (Yogi Adityanath) will be.

"Wherever he goes he says we will change the name of the place. UP's Chief Minister comes here and says he will rename (Hyderabad). You will be renamed, but Hyderabad will never be renamed. Have you taken a contract for this renaming every place? Ask them who made Taj Mahal, they will say we will rename. Now tomorrow maybe they will say Charminar was made by them, Charminar is so pious a place, admire its beauty. No they(BJP) just want to rename. Some of their leaders will say that they will hoist their flag on our Minarets, I ask them how? Our flag is hoisted there - our political flag. Here, neither your flag will work nor your sticks. MIM was in Hyderabad and will always remain," Owaisi said