Atiq Ahmad and his wife's property and balances in bank accounts to the tune of Rs. 8.14 crore have been attached in relation to a money-laundering case. 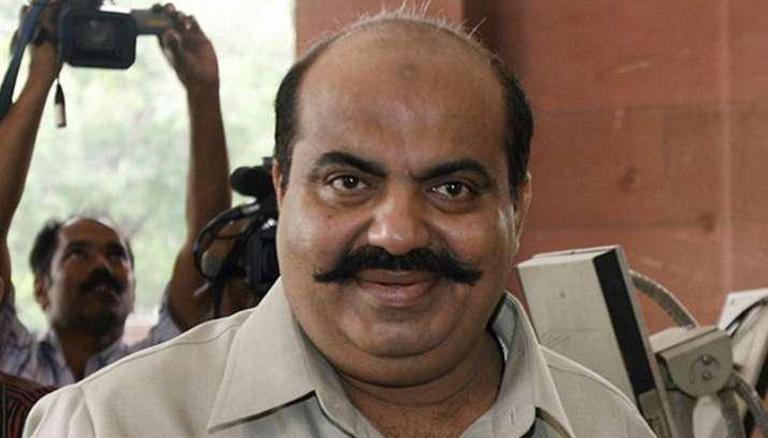 
The Enforcement Directorate (ED) on Monday provisionally attached assets of mafia-turned-politician Atiq Ahmad in a money laundering case. According to a statement by the financial watchdog, Atiq Ahmad and his wife's property and balances in bank accounts to the tune of Rs. 8.14 crore have been attached under PMLA, 2002, in relation to the case.

The ED's latest crackdown against the mafia don comes at a time All India Majlis-e-Ittehadul Muslimeen (AIMIM) plans to field him in the Uttar Pradesh Assembly elections in 2022. Notably, Ahmad has previously had a political stint with the Samajwadi Party (SP) as well.

The mafia don served as an MLA from the Allahabad West constituency five times in a row from 1989 to 2004 besides being elected to the Lok Sabha in the 2004 General Election on an SP ticket. He is currently lodged at the Sabarmati Central Jail in Gujarat, facing a huge number of criminal cases pertaining to offences such as murder, abduction, extortion, and fraud.

ED has provisionally attached assets consisting of land property and balances in bank accounts worth Rs. 8.14 Crore of Atiq Ahmad and his wife under PMLA, 2002 in a Money Laundering Case.

On September 7, mafia don-turned-politician Atiq Ahmad, his wife Shaista Parveen, and his lawyer were inducted into the AIMIM in a key development ahead of the UP polls 2022. Addressing a press conference in Ayodhya, AIMIM's Asaduddin Owaisi defended Ahmad's entry into his party, remarking that several BJP lawmakers were also facing criminal charges. On September 20, Owaisi was denied permission to meet the jailed don-turned-politician.

Owaisi stated, "If Atiq Ahmad delivered a provocative speech before the Muzaffarnagar riots or made a speech in Gorakhpur which led to trouble and he belonging to the community which is in power, then the cases against him would have been withdrawn. This is the reality. As per Indian law, he is yet to be convicted in any case."

Reading out her husband's written statement on this occasion, Shaista Parveen stated, "I have listened to many speeches of Barrister Asaduddin Owaisi and his Parliamentary debates. I am influenced by his capability and farsightedness. I am joining AIMIM taking into account Owaisi's love for the country and faith in the Constitution, his love towards the minorities and Dalits, and his mission."