In a big jolt to the Samajwadi Party ahead of the Uttar Pradesh Assembly elections, MLC Ghanshyam Singh Lodhi on Friday tendered his resignation. 
In a big jolt to the Samajwadi Party ahead of the Uttar Pradesh assembly elections, MLC Ghanshyam Singh Lodhi on Friday tendered his resignation. In the letter of resignation addressed to party supremo Akhilesh Yadav, Singh cited the neglect towards the backward section as well as that of Dalits in the party as the reason behind his decision to quit.

"The neglect towards the backward section, as well as the Dalit, in the Samajwadi Party, pains me, and that is why I am tendering my resignation from the party," Singh said in the letter written in Hindi. 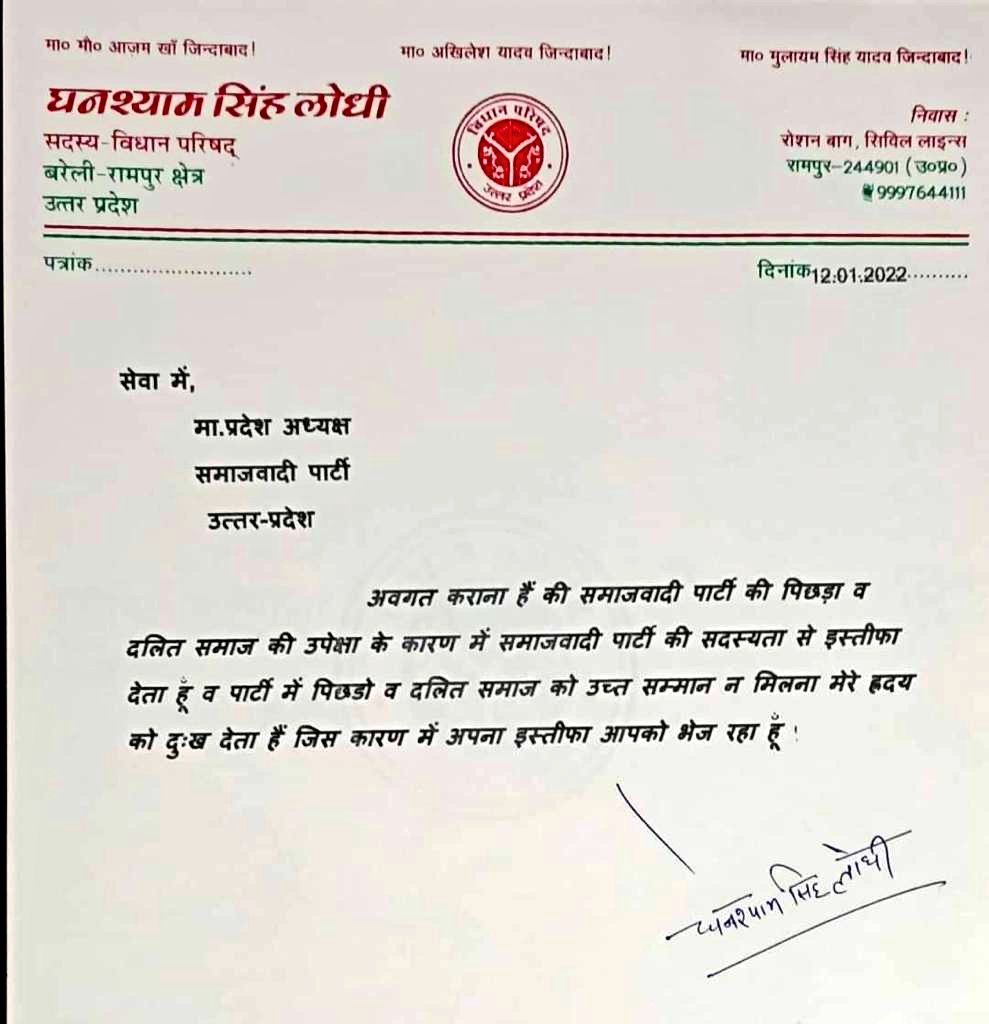 Ironically, while welcoming rebels from BJP like Swami Prasad Maurya and Dharam Singh Saini, Akhilesh Yadav had taken to Twitter and said, "This time all the oppressed, downtrodden, neglected will be united, and over BJP's exclusive politics, there is going to be the victory of Samajwadi Party's inclusive politics."

The former Uttar Pradesh Chief Minister had reiterated his statement in an exclusive conversation with Republic, and claimed that all the rebels from the BJP had joined the SP with these issues of 'social justice'.

Elections in Uttar Pradesh will be conducted in 7 phases. While the first phase of the Election will be held on February 10, voting for the second, third, fourth and fifth phases will take place on February 10, 14, 20 23, and 27 respectively. T

he sixth phase will see voting on March 3 while the voting for the seventh phase will be held on March 7. The counting of votes for all the phases will take place on March 10.