SKM Attacks Centre Over MSP; To Hold Protests On Jan 31 If Commitments Not Fulfilled

On Saturday, the Samyukt Kisan Morcha (SKM) attacked the Central government for not making any commitment concerning the MSP. 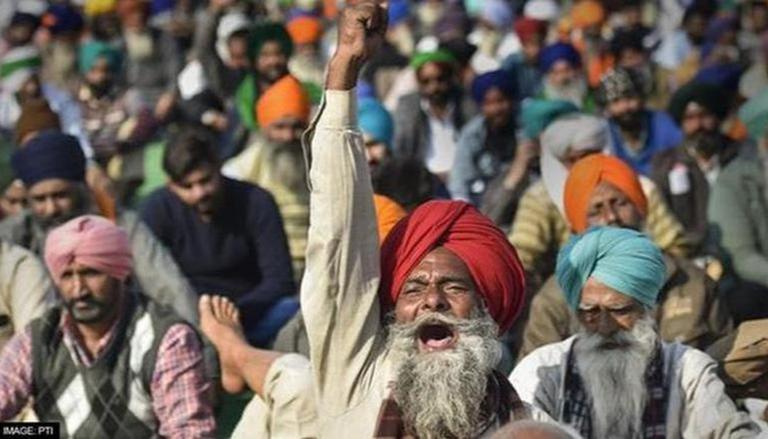 
The Samyukt Kisan Morcha on Saturday, January 15, attacked the Central government for not making any commitment concerning the MSP. According to SKM, the government assured farmers to take back all the cases registered against them which haven't happened to date. SKM said, "The Centre has given January 31 as the date of but if that doesn't happen then we will protest outside district head offices and burn the effigy of government. From February 1, Mission UP will be taken up."

UP elections will take place in seven phases, between February 10 and March 7. The state's second to sixth rounds of polling are scheduled for February 14, 20, 23, 27, and March 3, respectively.

Speaking of the Lakhimpur violence case, the SKM said that no action has been taken against the accused, so a movement will be conducted at Lakhimpur until justice is not done.

On October 3, while farmers were protesting against the Centre's 3 farm laws at Lakhimpur Kheri outside an event venue where Deputy CM Keshav Prasad Maurya was scheduled to be present, one of the farmers was allegedly shot dead by Ashish Mishra - son of Union MoS Ajay Mishra Teni, and two farmers were killed after his car reportedly ran over them.

Ahead of the Punjab elections, the Samyukt Kisan Morcha (SKM) on Saturday, December 25, clarified that they are not a political party. And they have decided that whichever organization went to the elections will not be part of SKM. SKM said, "No political party can be a part of Samyukt Morcha".

Earlier on December 25, the SKM had mentioned that they will not contest in the state polls. The leaders of the 9-member coordination committee of the Morcha, Jagjit Singh Dallewal, and Dr Darshan Pal, had stated that SKM doesn't plan to contest in elections as it was solely formed to resolve issues related to farmers.

According to Committee members, SKM is a platform that was formed only on the issues of farmers with the support of more than 400 different ideological organisations across the country. The organisation was created by the people to ensure the government provide their rights. At the same time, the struggle was postponed following the repeal of three farm laws. The organisation has scheduled a meeting on January 15, to decide on the remaining demands.