Countering the shocking caste discrimination in Uttarakhand's Champawat, AAP on Sunday, offered Dalit cook Sunita a job in Delhi after she was fired by school 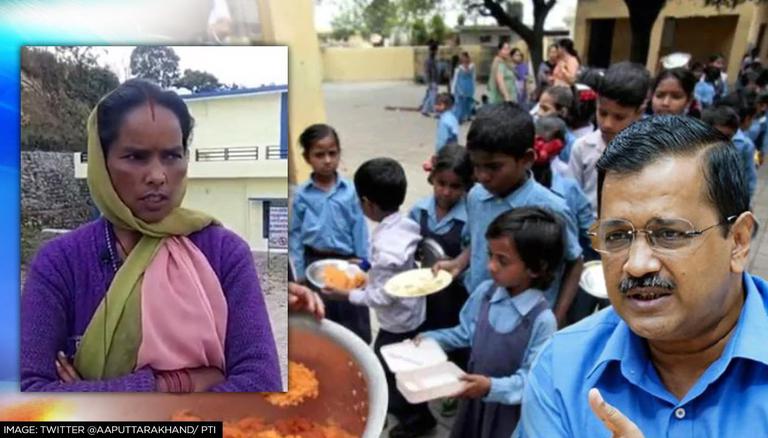 
Countering the shocking caste discrimination in Uttarakhand's Champawat, AAP on Sunday, offered Dalit cook Sunita a job in Delhi after she was fired by the school. Addressing the media, Delhi women & child minister Rajendra Pal Gautam said that if Sunita wished, she could work for any Delhi government school as a cook. Sunita Devi - a 'Bhojanmata' was fired from her job, citing procedural discrepancies, after upper-caste students refused to eat food prepared by her as she was a Dalit.

"When the school administrator RC Purohit came to know about the incident, he removed her from her post. She was selected as per procedure via interview. I wish to say as Delhi's women & child minister, Sunita ji can come to Delhi and work as a Bhojanmata in a govt school. If she has been removed just because she is a Dalit, can such people stay in their homes? My community (Dalit) makes footwear, make roads, buildings, what all will these people forego?," said Gautam.

On December 22, a Dalit woman - Sunita Devi- who served mid-day meal at a government secondary school in Uttarakhand's Champawat district was allegedly removed from her job after upper-caste students refused to eat the meal cooked by her.  The incident occurred at a school in Sukhidhang in Champawat district. A day after her appointment as the 'Bhojanmata' earlier this month,  students stopped eating the meal cooked by her because of her caste and began bringing their food from home in tiffin boxes.

Reportedly, out of 66 students in the school 40 had refused to eat the meal prepared by her. Even the parents of the students objected to her appointment as 'Bhojanmata' when an upper-caste woman had also been interviewed for the job. However, Chief Education Officer of Champawat R C Purohit said her appointment had been canceled as it was found that the norms had not been followed in her appointment.

Speaking to the media, the cook said, "They want to remove me, I will protest but not leave. I complained to the school administration that people were harassing me and calling me names when I come and go from school. Parents used to ask 'Why should our children eat your food?' Am I supposed to be silent?".

In retaliation to the discrimination, 23 Dalit students refused to eat the food cooked by the upper-caste Bhojanmata who replaced Sunita - Vimilesh Upreti. The students said that if upper-caste students boycott the food cooked by a Dalit Bhojanmata, they will boycott the meal cooked by the upper-caste woman”. Sunita Devi has approached the police complaining about caste discrimination. The police, however, is yet to register a case. Uttarakhand goes to polls in February 2022.