Uttarakhand Election Dates 2022; Voting In One Phase On Feb 14, Results On March 10

The Election Commission will hold the Uttarakhand election 2022 on its 70 seats with the Bharatiya Janata Party, Congress, and AAP eyeing maximum votes. 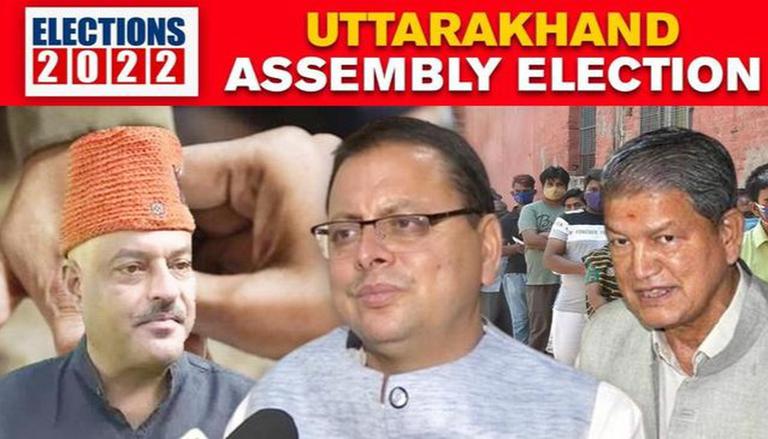 The Election Commission of India has announced the dates for assembly polls in Uttarakhand on Saturday. As per the announcement, elections for the 70-member Uttarakhand Assembly will be held in one phase on February 14, 2022,...... Furthermore, the counting of the votes will take place on March 10, 2022.

The dates have been issued in view of the pandemic situation and rising COVID cases while several political parties have urged the Election Commission of India to hold assembly polls adhering to the COVID-19 guidelines. Earlier, an Election Commission team also visited the poll-bound state for taking stock of poll preparedness.

While the entire process will be held by sticking strictly to COVID-19 guidelines issued by the Election Commission of India, it has also issued detailed guidelines for the concerned parties for poll campaigning.

Notably, the ruling Bharatiya Janata Party has been eyeing to be voted back to power while Congress has been standing as its main opposition followed by the debutant Aam Aadmi Party also looking forward to performing efficiently.

Earlier in February 2017, the Election Commission of India held the Uttarakhand assembly polls on February 15 while the results were declared on March 11. During this while, the polls were conducted for the 70 seats in a single-phase and BJP registered a major victory after winning 57 seats. While BJP became the first party in history to win more than two-thirds majority in the state, Congress could bag only 11 seats.