Actor Ranvir Shorey on Tuesday said that his son Haroon has tested positive for COVID-19 while they were returning from Goa. He thanked his fans for the wishes. 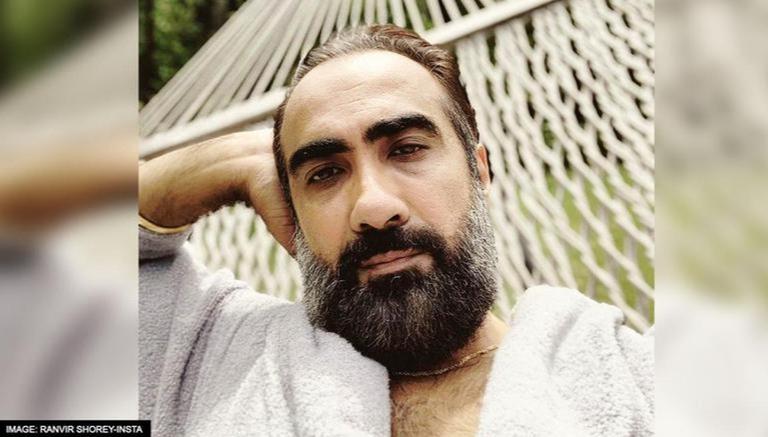 
Actor Ranvir Shorey on Tuesday said that his son Haroon has tested positive for COVID-19. In a tweet, the actor said that his son and himself are both completely asymptomatic and are undergoing quarantine. The Sonchiriya actor also wrote that "the wave is real" referring to the third wave of Coronavirus in India.

Ranvir Shorey and his son test positive for COVID-19

Ranvir Shorey took to his Twitter account and wrote, "My son Haroon and I were on holiday in #Goa, and during the routine RT-PCR testing for the flight back to Mumbai, he has turned out to be #Covid positive. We are both completely asymptomatic and have immediately quarantined until further investigations. The wave is real. #India."

In another tweet, the actor thanked his fans for all the good wishes and advice. He also informed that "We are planning a retest for him tomorrow, to rule out a false positive, and also testing me, though I am vaccinated."

We are planning a retest for him tomorrow, to rule out a false positive, and also testing me, though I am vaccinated. 🤞🏽

Meanwhile, the actor had contracted Covid earlier this year in February. He tweeted then, "I have tested positive for COVID-19. Symptoms are mild. Am quarantining."

I have tested positive for #COVID19. Symptoms are mild. Am quarantining.

Ranvir Shorey was last seen in Zee5 original's 420 IPC, which also stars Gul Panag and Rohan Vinod Mehra. Written and directed by Manish Gupta, the film has been produced by Rajesh Kejriwal. The courtroom drama revolves around CA Bansi Keswani (Vinay), who is arrested for a monetary crime.

Ranvir will be next seen in Mungilal Rocks which is directed by Shashi Ranjan. The Bollywood comedy movie will also star Boman Irani and Satish Shah. Apart from that, the film will also star Rakhi Sawant, Celina Jaitley, Anupam Kher, Johny Lever and Gulshan Grover in the supporting roles.

WE RECOMMEND
Molnupiravir COVID pill: Know all about oral anti-viral drug to be manufactured in India
COVID: Visiting Europe? Check nations that have reimposed restrictions over Omicron fears
COVID-19: Biden orders FEMA to assist with testing across US as Omicron threat looms large
2 new COVID-19 cases push Andamans tally to 7,716
US CDC shortens isolation, quarantine period for COVID-19 patients amid Omicron surge
Listen to the latest songs, only on JioSaavn.com