After Nawazuddin Siddiqui, Kangana Ranaut announced her movie 'Tiku Weds Sheru's director; reuniting with him after 7 years since their last venture. 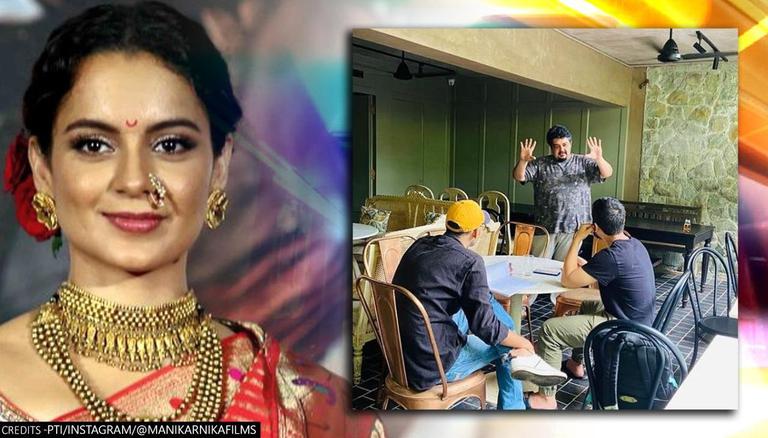 
It was movies with ‘Weds’ in the title that played a crucial role in the success story of Kangana Ranaut, even fetching her a National Award. After Tanu Weds Manu, the actor is now working on Tiku Weds Sheru, which she is not just starring in, but also producing. The team had recently announced Nawazuddin Siddiqui as a lead actor of the movie, and they now have a director too, Sai Kabir.

Kangana posted a snap of the first page of the script of Tiku Weds Sheru, with the credits, as Sai Kabir has been listed as a director, story writer, as well as for screenplay and dialogues, along with Amit Tiwari. In another post, the official handle of the Queen star’s production house, Manikarnika Films, introduced him as the ‘Captain’ and that he could not wait to start filming. 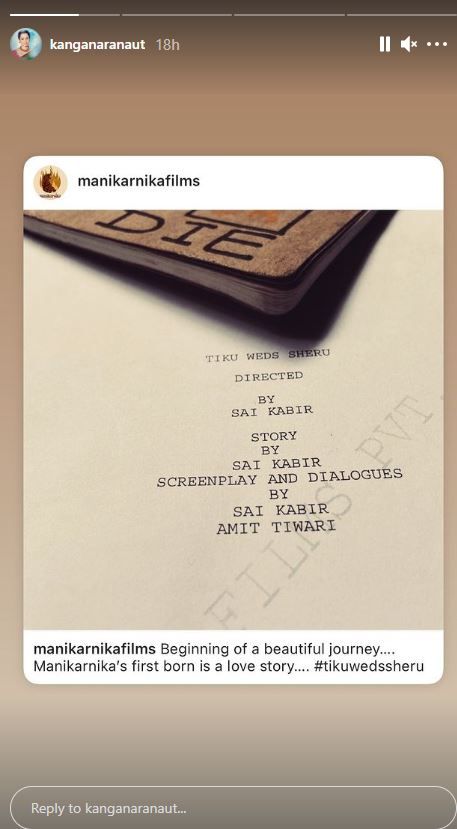 This is not the first collaboration between Kangana and Sai as previously they had worked together on the 2014 film Revolver Rani.

The 34-year-old had announced on May 1 that she was launching her production house Manikarnika Films with the movie Tiku Weds Sheru. She had shared that it will be her venture into the digital space.

The National Award winner has been giving fans an update on various other moments related to the film, like th pre-production meetings and more.

Meanwhile, Kangana is currently in Hungary shooting for Dhaakad. She plays a fiery character all guns blazing in the acton-packed movie.

The other films in her kitty include Thalaivi, which will release as soon as theatres reopen and her work on Tejas and Emergency have started. She also announced recently that she would be starring in the Indian adaptation of the reality show Temptation Island.