Aishwarya And Aaradhya Spotted With Abhishek Bachchan Outside Yauatcha

Aishwarya and Aaradhya spotted outside the restaurant Yauatcha along with Abhishek Bachchan as well as Aishwarya's mother Brindya Rai. See pictures here.

Abhishek Bachchan and Aishwarya Rai Bachchan were spotted with Aaradhya Bachchan on the night of November 20, by the paparazzi. The family was snapped coming out of the Yauatcha restaurant. Yauatcha is a fine dining restaurant at Bandra Kurla Complex.

ALSO READ | Abhishek Bachchan: Times When The Actor Proved To Be A Doting Husband

An outing for the Bachchan family:

Abhishek and Aishwarya were spotted coming out of Yauatcha. Daughter Aaradhya was also spotted with the couple. Abhishek was seen wearing a white shirt with a pink design on the shoulders. Aishwarya looked beautiful in her casual attire. She was wearing a grey shirt and a bright pink jacket. She paired this with dark blue denims. She sported a pair of glasses on her head. Aaradhya was wearing a cute white t-shirt with jeans and white shoes. Aishwarya Rai Bachchan's mother was also present. 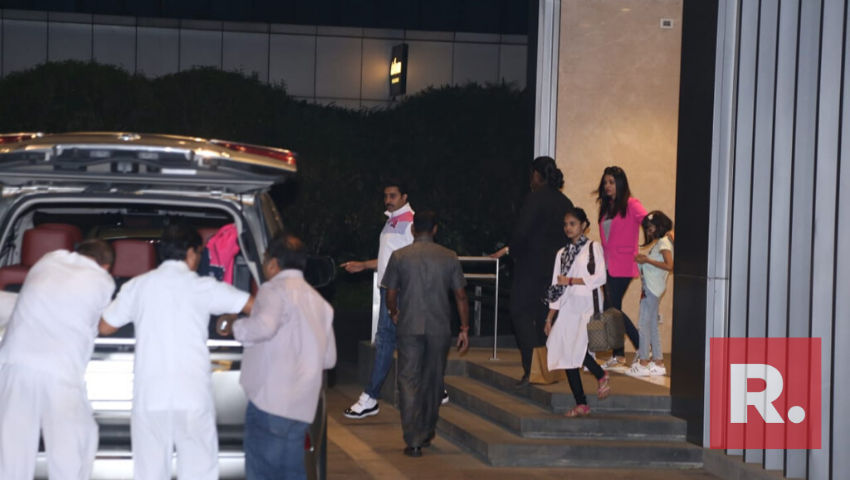 One picture shows the love between grandmother and grandchild. The picture beautiful captured Aaradhya hugging her grandmother. Brindya Rai lovingly said her goodbyes to her granddaughter Aaradhya. 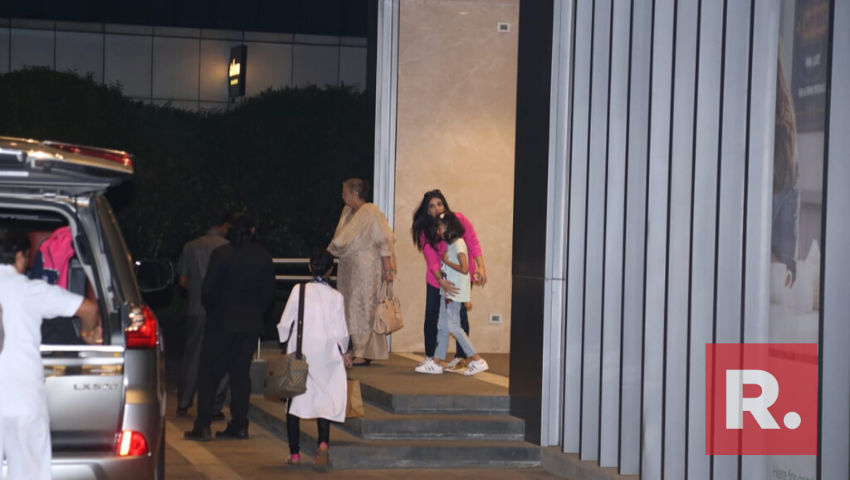 Aishwarya had recently posted a picture of herself and Aaradhya along with mother Brindya on her Instagram. The three women looked beautiful and completely happy in each other's company. In the caption, Aishwarya said Aaradhya and Aishwarya love Brindya eternally.

A post shared by AishwaryaRaiBachchan (@aishwaryaraibachchan_arb) on Nov 20, 2019 at 3:52am PST

ALSO READ | Abhishek Bachchan: Tweets Which Prove He Is Active On Social Media

A post shared by AishwaryaRaiBachchan (@aishwaryaraibachchan_arb) on Nov 19, 2019 at 12:19pm PST

Aaradhya celebrated her 8th birthday on November 16. Aishwarya posted this cute picture of her daughter on her Instagram account. The proud mother sent all her love to her daughter in the caption. She also called Aaradhya 'her world'. Aaradhya can be seen wearing a cute yellow and white frock. She is holding a huge number 8, denoting her age.