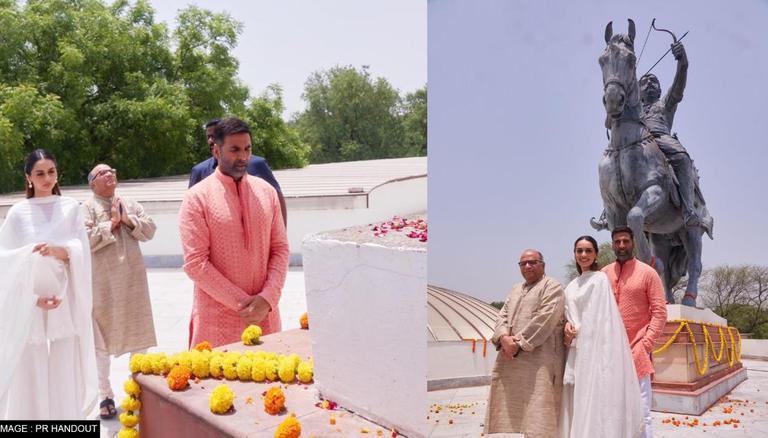 
Akshay Kumar, director Dr Chandraprakash Dwivedi and Manushi Chhillar paid tribute to the valour of Samrat Prithviraj at his Delhi fort, Rai Pithora earlier today. Samrat Prithviraj features the superstar in his first ever historical role and it is also the first historical entertainer to be made by Yash Raj Films.

Qila Rai Pithora is a fortified complex in present day Delhi and was the centre point of Samrat Prithviraj’s reign. The team visited this fort with the brave warrior’s flag after having sought blessings at the sacred Somnath Temple and holy river of Ganges.

They placed the flag at Samrat Prithviraj’s statue today to culminate their tour of India to honour the mighty king who sacrificed everything to protect the freedom of country against merciless invaders. 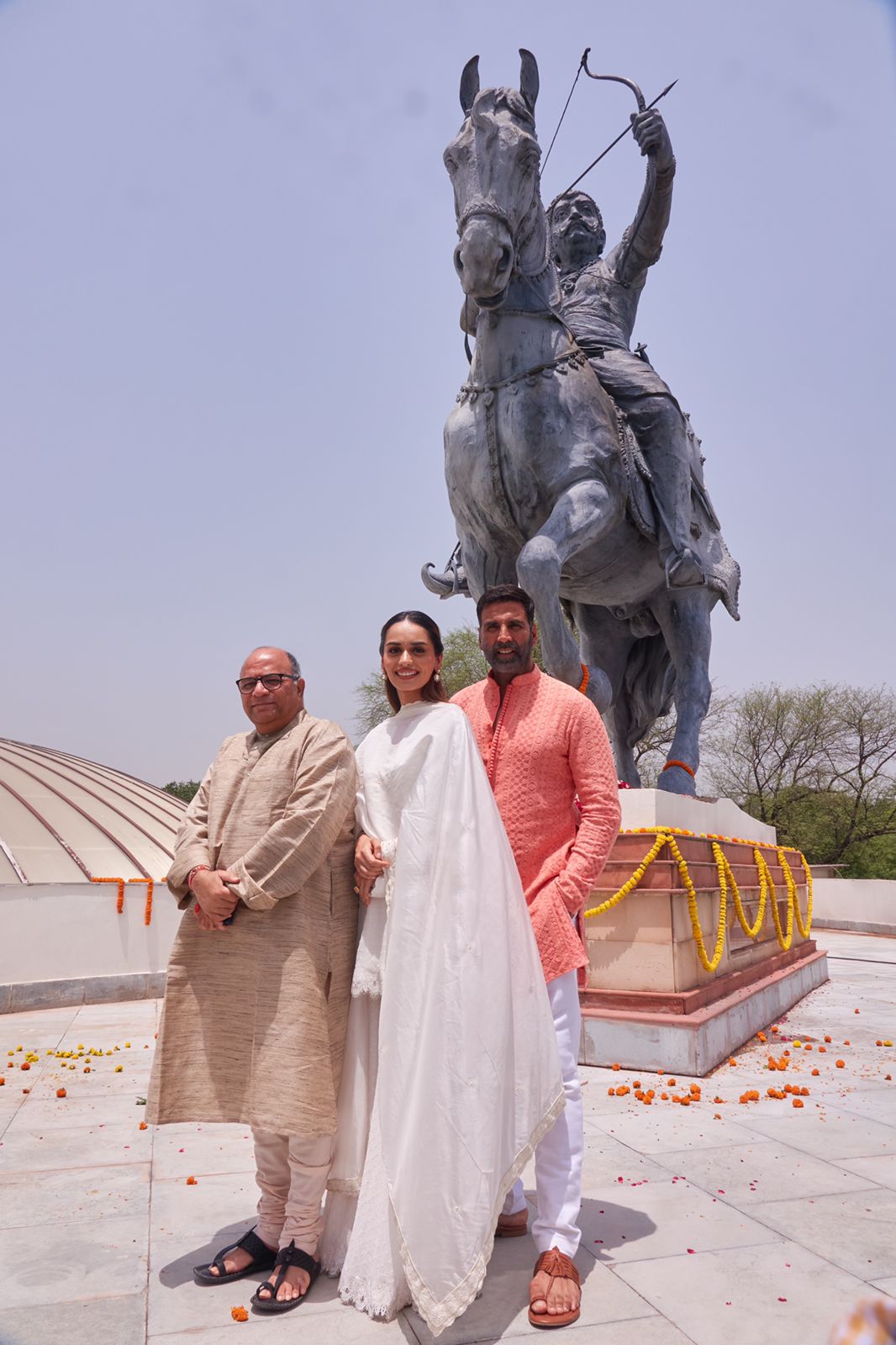 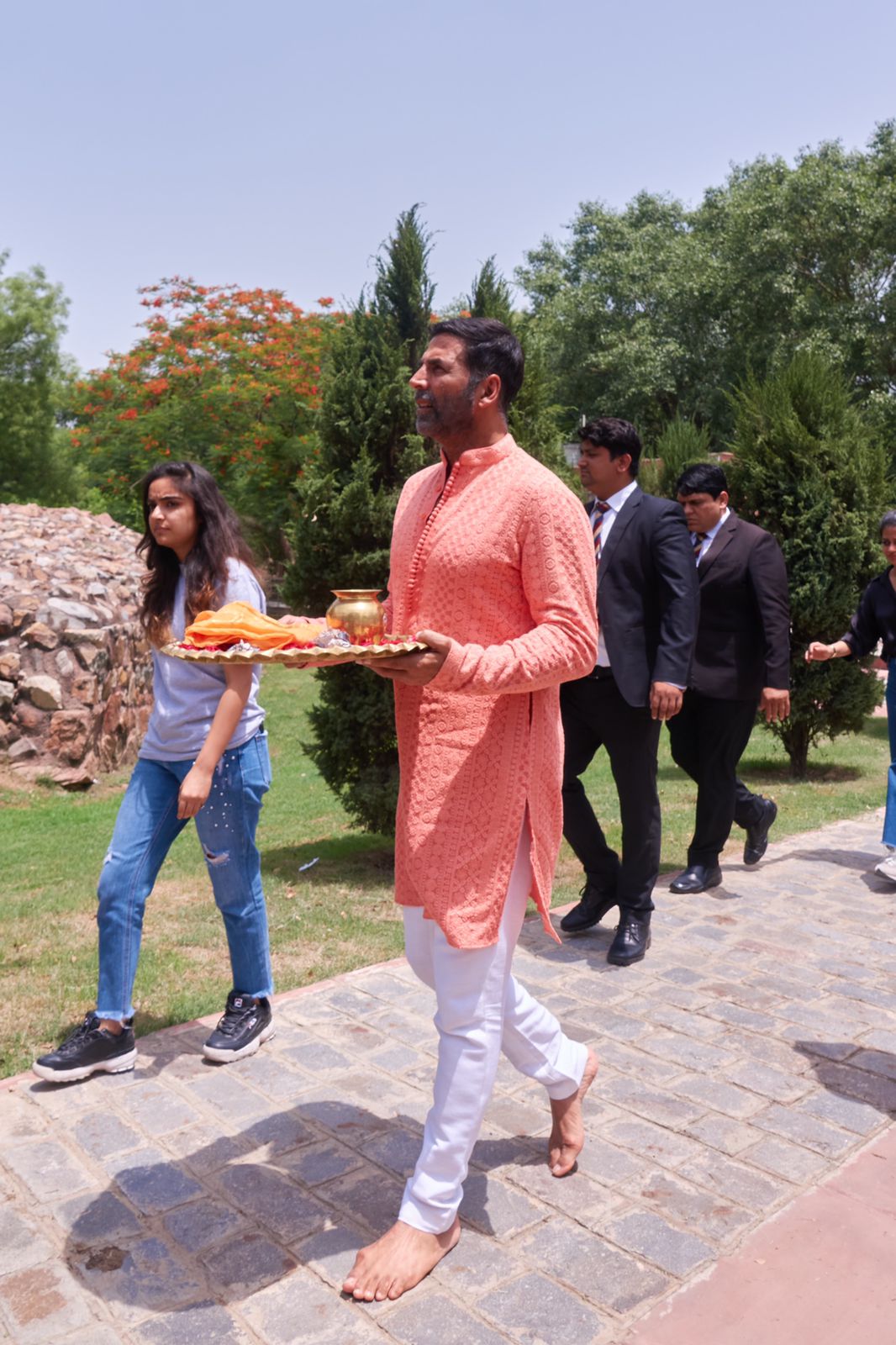 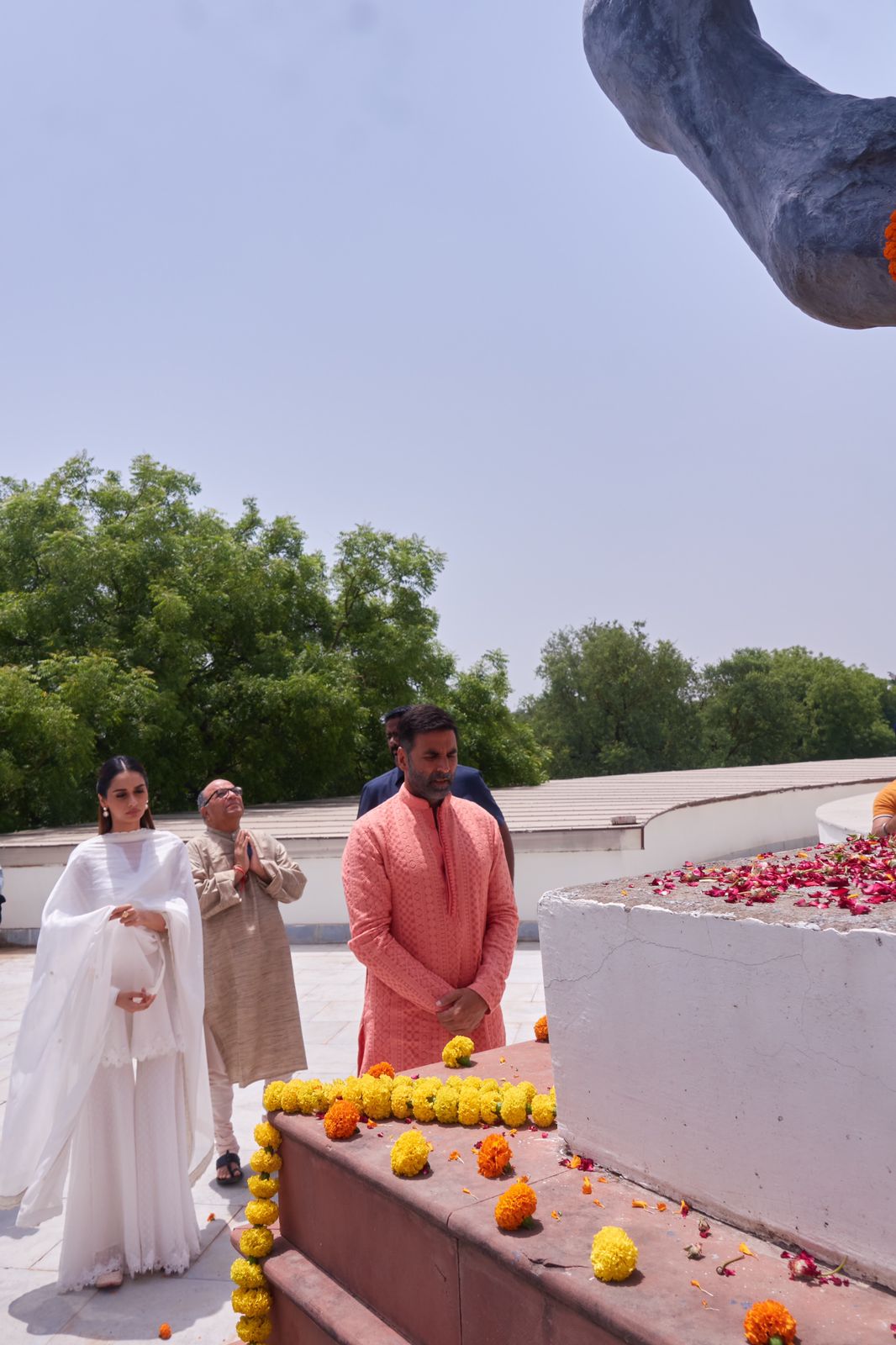 Dr Chandraprakash Dwivedi says, “As a team we wanted to give the most glorious salute to the spirit of Samrat Prithviraj through our film and also our promotional campaign. We hope that we have managed to do that and honour one of Bharatmata’s bravest warriors who stood up against invaders who wanted to kill and loot and disrespect our country and countrymen. We humbly hail the Samrat for being a beacon of hope and courage and we are overwhelmed to place the flag that represented freedom and honour at Samrat Prithviraj’s statue at Qila Rai Pithora. We hope every Indian watches our film to understand the sacrifice that one man did for our country.”

The gorgeous Manushi Chhillar plays the role of King Prithviraj’s beloved Sanyogita in Samrat Prithviraj and her launch is definitely one of the most awaited debuts of 2022. The film is set to release this Friday in Hindi, Tamil and Telugu.