Alia Bhatt dropped a sunkissed picture of herself from her Italy vacation with Ranbir Kapoor. Sonam Kapoor commented on it and confirmed that it's a babymoon. 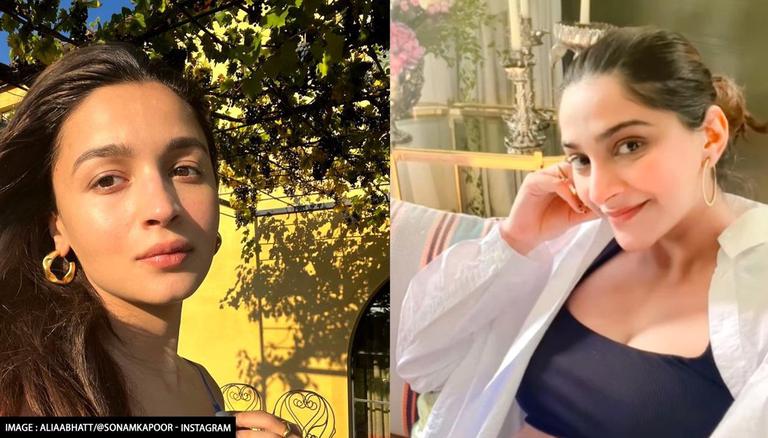 
B-Town couple Alia Bhatt and Ranbir Kapoor are expecting their first child together and recently, the duo headed for a vacation in Italy, a glimpse of which was uploaded by the Darlings star on her social media space. Soon after she shared her pic on Instagram, actor Sonam Kapoor Ahuja, who is also expecting her first child with husband Anand Ahuja, dropped a comment which confirmed that the Brahmastra pair was on their 'babymoon.'

Taking to her Instagram handle, Alia Bhatt dropped an adorable sunkissed picture of herself and wrote, "Eternally grateful for this sunshine - THANK YOU for all the love my lovesssss (sic)". In the pic, she could be seen wearing a blue outfit teamed up with golden loop earrings. Mom-to-be Sonam dropped a comment under Alia's post which stated that she also went there for her babymoon. The comment read, "I went there for my Babymoon too! It’s literally the best! Have fun!"

Apart from the Neerja actor, the Raazi star's mother-in-law and actor, Neetu Kapoor also commented, "My beauty", adding a heart to it. Alia's mother, actor Soni Razdan wrote, "And that is a lovely lemony sunshiny photo", while the actor's fans also left positive comments under the post. As per a report by Pinkvilla, soon-to-be parents Alia Bhatt and Ranbir Kapoor were earlier clicked at the Mumbai airport as they were about to fly to their dreamy European destinations. Amid busy schedules, the couple have set out to relax and enjoy each other’s company.

Alia Bhatt and Ranbir Kapoor took fans by surprise after the couple announced that they are expecting their first child together, a couple of months after their 'fairytale' wedding. The former took to her Instagram handle and shared an adorable picture of her ultrasound session with the Sanju star, stating, "Our baby ….. coming soon".

READ | Alia Bhatt reveals constant tags about her pregnancy doesn't annoy her; 'I don't get it'