Ameesha Patel Begins Shooting For Next Film, Shares Picture From Her 'set Life'

Ameesha Patel who received immense appreciation for her films like 'Gadar: Ek Prem Katha', 'Bhool Bhulaiyaa' recently started shooting for her next project. 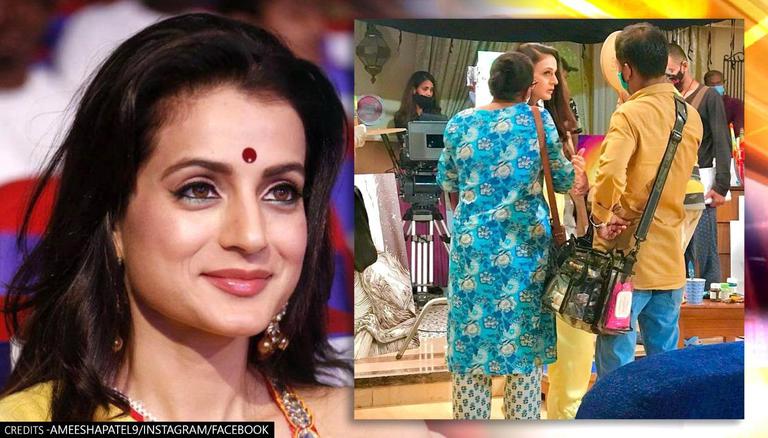 
Actress Ameesha Patel who received immense appreciation for her films lime Gadar: Ek Prem Katha, recently started shooting for her next project. The actress took to Instagram and shared a picture from the sets of her next film Mystery of Tattoo which will also feature actress Daisy Shah in key roles.

The thriller will be directed by Kalairari Sathappa and Ganesh Mahadevan. In the picture, the actress who is elated to get back to ‘shoot mode’ Is seen getting ready for the shot as she checks on her makeup. “Shoot mode, set life,” she wrote. Fans of the actress were excited to know that the actress is returning to the screen after a long time. Sending in their congratulatory messages, the fans shared their happiness. One of the users wrote, “Best of luck, really excited”. Another frenzy follower of Ameesha wrote, “Tell her she has really beautiful hair”. A third user chimed in and wrote, “All the very best for your work madam. May GOD gives your success and all-around happiness. Stay blessed”. Another die-heart fan of the actress sent her wishes and wrote, “You work hard. You will rule the hearts of the people again. God bless you.” 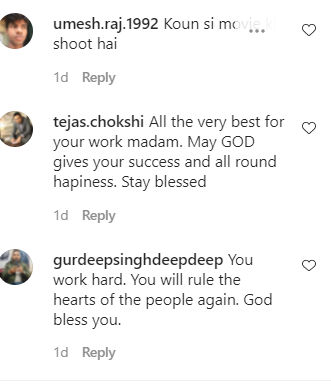 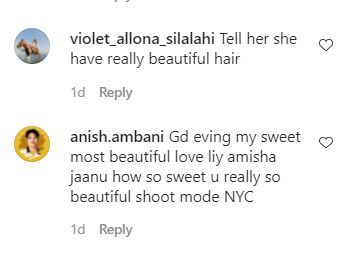 Ameesha Patel recently celebrated 20 years of the most iconic film Gadar that starred the actress along with Sunny Deol in the lead. When she was cast in the film, the was relatively new in the industry. She  had taken to Instagram to celebrate the milestone and wrote, “Gadar... behind the scenes of the most iconic film that Bollywood has seen till date... thank you all for the love… 20 years of Gadar.” The film, directed by Anil Sharma, was a romantic drama set against the backdrop of India’s partition. It also starred late actor Amrish Puri and Lillete Dubey in important roles. The film went on to smash several box-office records and Sunny’s iconic dialogues from the film are remembered to date. Director Anil Sharma is reportedly keen to make a sequel.

WE RECOMMEND
Ameesha Patel shares most beautiful moment from 'Gadar' premiere 20 years ago
Tusshar Kapoor shares throwback pic on Insta; asks fans to guess the film it is from
Ameesha Patel thanks fans for birthday wishes; 'humbled with all the love pouring in'
Ameesha Patel receives 'True Gaurav of Gujarat' certificate of recognition; fans wish her
Ameesha Patel is a proud brand ambassador for an Indian savoury snack brand, shares pic