Amitabh Bachchan recently revealed the truth behind the viral hook step of Allu Arjun's Pushpa track Srivalli and talked about its origin. 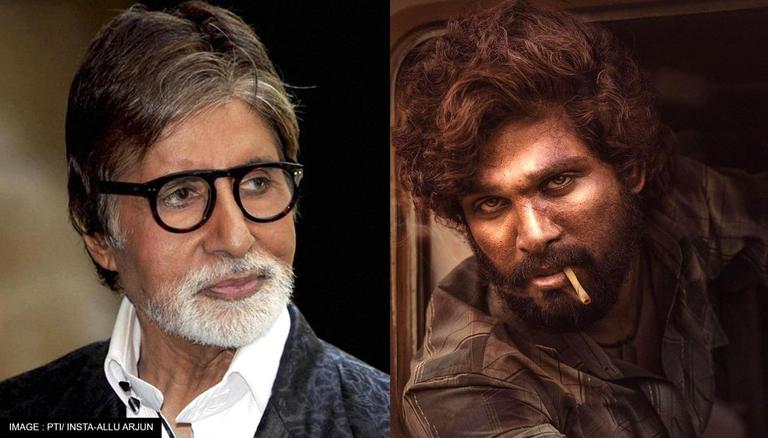 
Allu Arjun and Rashmika Mandanna-starrer 2021 drama Pushpa: The Rise left an impact on viewers as it went on to become one of the biggest entertainers of the year in India and broke several records. While the movie was released in December, viewers were grooving to its tracks much before. One of the hit tracks from the film was Srivalli which created a buzz among netizens. Allu Arjun set a trend with the song's hook step which was followed by many. Social media platforms were filled with
Instagram reels on the track. As the slipper step of the track was loved widely, legendary actor Amitabh Bachchan revealed that it was not a choreography but a mistake.

Amitabh Bachchan recently shared the truth behind the viral hook step of Allu Arjun's Pushpa track Srivalli. As per various reports, a question about the movie was asked during Kaun Banega Crorepati 14. After the question, Big B narrated an interesting incident related to the movie. He revealed that he recently flew to Hyderabad for the shoot of one of his upcoming films, probably Project K. There, he asked Pushpa director Sukumar if the famous dance step was choreographed or was a mistake. In his answer, the director revealed that Allu Arjun missed his slipper and it became a step. Later, he decided to keep it as it is.

On KBC 14, Amitabh Bachchan opened up on online hatred and social media trolling. As the actor was introduced to the world of social media a little late in his life, he revealed how he was told blogs are the best place to pen one's thoughts. However, he did not understand why people often react to his posts with abusive words. He also mentioned that he thinks a lot before posting anything on social media.

Amitabh Bachchan said, "I was told about blogging and started writing blogs. I don’t understand these things at all. Often, I post a pic or write something and fir badi gaali padti hai (I get many abusive comments). They give gaalis (abuses). I didn’t know that people also comment on pictures that you post. They write, ‘Kya samajhta hai apne aap ko (who do you think you are)’ and many other things that I can’t say. One needs to think a lot before writing. I have to think a lot before posting anything."

Watch the latest promo of the show: