Amitabh Bachchan throws a fun challenge to fans, shares light-hearted moment amid lockdown. As soon as the post went up, it got flooded with response.

Celebrities have taken upon themselves to keep their fans entertained and hopeful as the world battles with the COVID 19 pandemic. Amitabh Bachchan has been actively spreading awareness about the disease and urging his fans to stay home to curb the disease.

Similarly, Amitabh Bachchan, the Bollywood megastar, took to his Instagram account and attempted to share a light-hearted moment with people on social media. He posted a picture of graphic design and asked his fans to guess which film of his is the picture related to.

Read | What Happened To Izzy In 'Little Fires Everywhere' After She Left Her House?

The post was flooded with responses from fans where they were seen guessing the movie name. From celebrities to fans, maximum people responded saying that the film’s name was Yaarana. 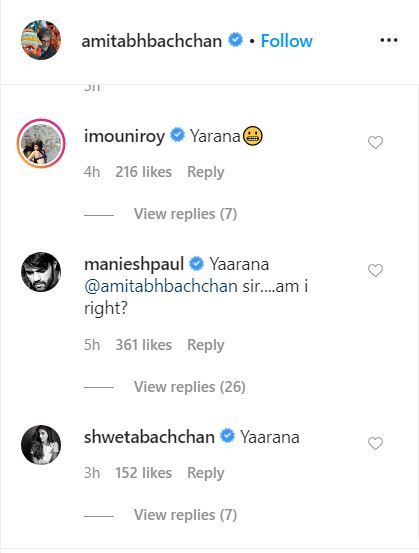 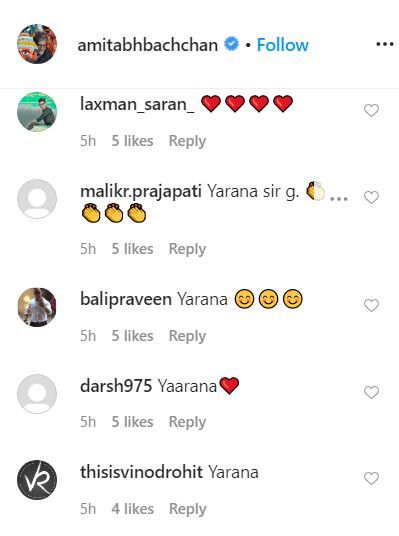 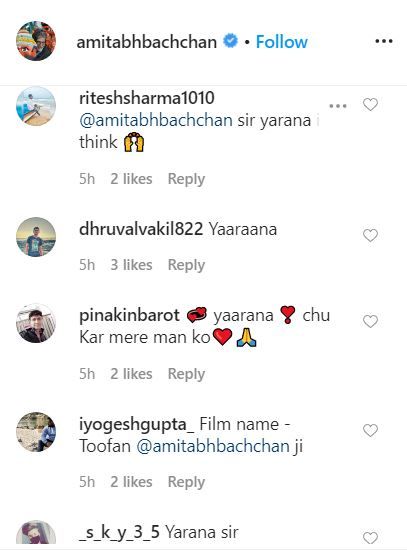 Earlier, Big B had posted a collage of four pictures of himself wherein one picture he looked very young and the picture seems to be from his earlier days of career. In the other pictures, he posed as the angry young man as he captioned the collage stating that the age of innocence is over. Check out the post below.

Moreover, Amitabh Bachchan has been posting a series of pictures with animated face emojis of himself. He even posted a video of and has given the character a voice-over in which he reads out funny poems. Check out the post below.

Read | What Happened To Izzy In 'Little Fires Everywhere' After She Left Her House?

PEOPLE HAVE PLEDGED SO FAR
LATEST NEWS
View all
14 hours ago
Kriti Sanon gets poetic with random thoughts amid lockdown, calls herself 'old soul'
47 mins ago
Apurva Asrani buys house with partner, says 'It is time LGBTQ families are normalised'
14 hours ago
Pankaj Kapoor's solid net worth is a result of his illustrious career; Check details here
15 hours ago
Is 'Stree' producer Dinesh Vijan making a film on male virginity?
13 hours ago
Deepika Padukone shares family's WhatsApp chat, this is how she has saved Ranveer's number