Dairy giant Amul was a 'fan' of the Bollywood film 'Toofaan'. The company's latest topical hailed the sports drama & stated that it was 'making waves on OTT'. 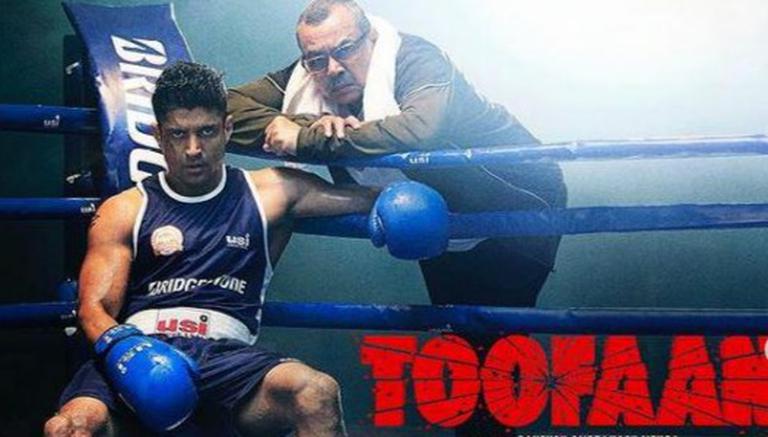 
For years, Amul has been making headlines for its smart promotions around current affairs and issues that citizens are talking about. And the dairy giant’s latest topical was dedicated to the latest release Toofaan. The company gave a thumbs up to the boxing drama, which has received mixed reviews from fans and critics.

Known for its wordplay, Amul broke ‘Toofaan’ into ‘too fan’ (you are a fan) and added ‘main bhi fan’ ( I am also a fan). The Amul chracter stepped into Farhan Akhtar’s shoes, having some bread and butter, dressed as a boxer. In the caption, it wrote, ‘Bollywood sports drama makes waves on OTT’ after the movie hit Amazon Prime on Friday.

Numerous stars of the film industry have praised Toofaan. This includes Katrina Kaif, Vaani Kapoor, Vidyut Jammwal, among others. They highlighted the 'powerful performances', called the movie 'beautiful' and even stated that the movie hit an 'emotional cord.'

READ | Amul hikes milk price by Rs 2 per litre from July 1: Check rates in your city

However, opinions from netizens were divided and the comments section of Amul's post was a proof of that.

Toofaan is the second collaboration between Farhan and director Rakeysh Omprakash Mehra after the blockbuster Bhaag Milkha Bhaag. The movie traces the story of a small-time goon in Mumbai who aspires to become a successful boxer. The plot traces his quest for redemption after his return from ban for five years.

READ | Amul pays heartwarming tribute to Dilip Kumar with poster of his classic hits, pic inside

Mrunal Thakur plays the role of his love interest in the movie, while Paresh Rawal essays the journey of a coach.

Farhan  is also listed as one of the writers and producers of the film. Anjum Rajabali and Vijay Maurya are the other writers of the movie. Javed Akhtar has penned the lyrics of the album, while music is composed by Shankar-Ehsaan-Loy, Dub Sharma, Samuel-Akanksha and Daniel Lozinski.