Amy Jackson posted an endearing post of her child, Andreas, with a heart-melting caption. Here is the social media post and some other pictures of her child.

Amy Jackson is a popular actor, who predominantly works in Tamil and Telugu Film Industry. The actor was last seen romancing superstar Rajinikanth in S.Shankar's 2.0. The popular South Indian star is proving to be a doting mother to her one-month-old child, Andreas Panayiotou. Recently, Amy Jackson posted a cute photo of her baby boy on her social media and her caption will melt your heart. 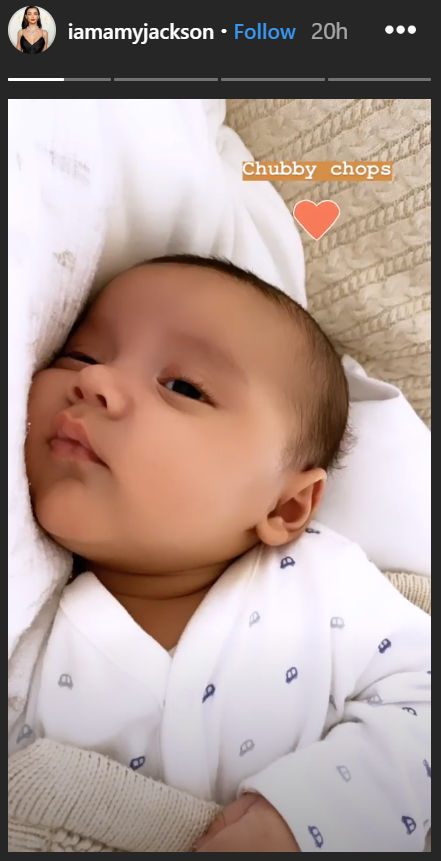 Amy Jackson, who was dating a hotelier named George Panayiotou for a long period of time, exchanged rings with him in a private ceremony on May 5, 2019. In a couple of months, the couple was blessed with a baby boy. The duo decided to name their boy child Andreas Pananyiotou. Ever since the birth of Andreas, the 2.0 actor has often been seen treating her fans with cute and adorable pictures of her newborn. Here are some beautiful pictures of Amy Jackson's baby Andreas posted by the actor on her social media.

When will Amy Jackson return to the silver screen?

On the professional front, the actor is on hiatus owing to her pregnancy. She was last seen in S. Shankar's 2.0, where she played the role of Nila, the human-robot. According to media reports, she is being considered for a pivotal role in Sajid Nadiadwala's Kick 2, a sequel to 2014 movie of the same name. The makers of the forthcoming movie have not made any confirmation as of yet.