Anil Kapoor recently took to his social media to wish his Welcome co-star Nana Patekar on his birthday in typical Majnu Bhai style. Read on to know more. 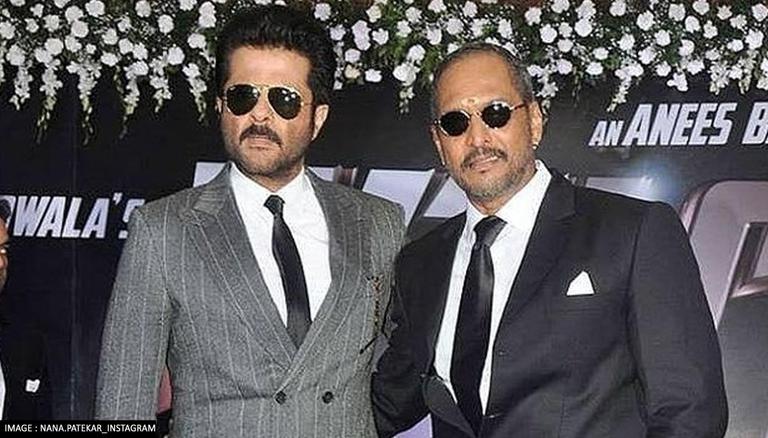 
Touted as one of the most celebrated actors of the Indian cinema, Nana Patekar is clocking his 71st birthday on Saturday, January 1. From genres ranging from drama to comedy, the veteran actor has forged an impressive resume across several regional cinemas. One film, in particular, that is etched in the minds of the actor's fans is the 2007 comedy film Welcome which is known for the actor's comic chemistry with co-star Anil Kapoor. As Patekar turned 71 on Saturday, Anil Kapoor shared a birthday wish for his Uday bhai in typical 'Majnu' style.

Taking to his Instagram story on January 1, the 65-year-old actor wished his Welcome co-star by sharing a picture of the duo in dashing suits paired with black glares. In the caption, Anil Kapoor addressed Nana Patekar as 'Uday bhai' as he wrote, ''Happy birthday Uday bhai aka Nana Patekar from Majnu'' The duo's partnership in Welcome was greatly loved by the masses as the movie went on to become a cult classic. Their dialogues are still popularly referenced in memes these days. The movie went on to have a second instalment that failed to repeat the success that the first film garnered.

Several fans also took to their social media to wish the veteran actor on his 71st birthday. One fan wrote, ''One of the finest actors the world has ever produced.. perhaps the finest ...and wonderful person. Happy Birthday Nana..'' while another fan acknowledged the actor's philanthropic work by writing, ''Today is not only #NewYear but also birthday of one of the most respected person #NanaPatekar one of the best actor of all time and a great person who helps farmers.''

Another fan tweeted a doting birthday wish for the actor by writing, ''Plethora of wishes to the fabulous and very talented actor, writer and Film Maker Vishwanath Patekar popularly known as Nana Patekar on his Birthday. I wish you peace, luck and happiness in your future. May God bless you''

Meanwhile, on the work front, Nana Patekar is reportedly set to appear in an upcoming romantic comedy-drama film titled Tadka directed by Prakash Raj. The movie will also feature Taapsee Pannu and Shriya Saran in the lead alongside Patekar.