Aparshakti Khurana and wife Aakriti announced that they are expecting their first child to The Family Man 2 releasing on Prime Video, here are the newsmakers. 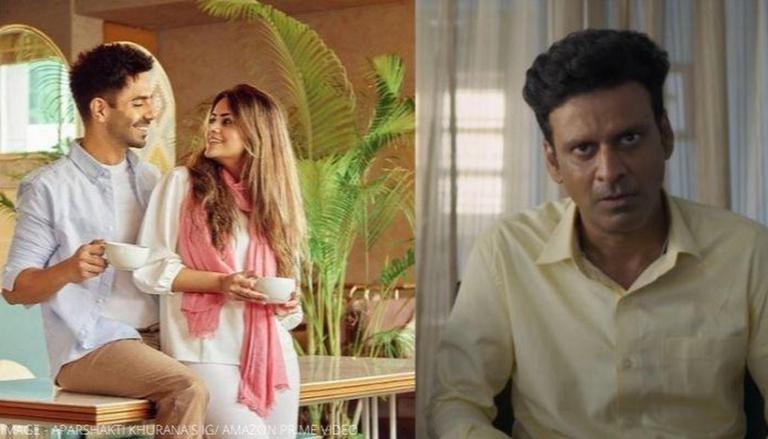 Aparshakti Khurana and his wife Aakriti expecting their first child

Bollywood actor Aparshakti Khurana took to his Instagram handle recently and shared the happy news about his wife's pregnancy. The Stree actor revealed the news by sharing a monochrome picture of him kissing his wife's baby bump and wrote his caption in Hindi, which after translation read, "We could not expand our work during the lockdown so we decided to expand our family instead". Aparshakti Khurana's wife Aakriti also posted the same image and captioned it, "Doing our bit to add to this Baby Boomer generation :)"

The Family Man Season 2, starring Manoj Bajpayee, Samantha Akkineni, Priyamani, Shreya Dhanwanthary, Sunny Hinduja, Sharad Kelkar, among others, released on June 3 on the digital streaming platform, Amazon Prime Video. It was expected to start streaming from June 4, but the makers decided to release it a few hours earlier. Fans of the series are calling it an excellent watch and lauded Bajpayee for his extraordinary work as well.

READ | 'The Family Man Season 2' releases ahead of schedule; check out netizens' reactions

Nisha Rawal had made allegations of domestic violence and extra-marital affair against her husband, actor Karan Mehra. The Yeh Rishta Kya Kehlata Hai actor was arrested for allegedly beating up his wife on Monday, May 31, by Mumbai Police and was later granted bail. Recently, Karan Mehra revealed he has faced suicidal thoughts because of Nisha Rawal's aggressive behaviour. He mentioned in the statement that Nisha has always been aggressive and she has also been physically abusive in the past.

Bollywood actor Neena Gupta ringed in her 62nd birthday on Friday, June 4. Ekta Kapoor reposted a picture that was shared by Neena Gupta's daughter Masaba on her Instagram feed. Along with the picture, Ekta wrote, "Happy Birthday. You are a path-breaker and an inspiration." Veteran Tamil filmmaker GN Rangarajan passed away on June 3 in Chennai due to age-related ailments. The 90-year-old filmmaker’s son GNR Kumaravelan, who is also a director took to Twitter to share the unfortunate news. Kamal Haasan posted a statement on the demise of the filmmaker and said, “From the time I entered films till the time GN Rangarajan died, he had poured unconditional love on me. He carved a niche for himself in Tamil cinema with his hard work."