Taking to Instagram, Aparshakti Khurana shared a picture of himself with his daughter Arzoie resting on his chest to which Ayushmann Khurrana reacted with love. 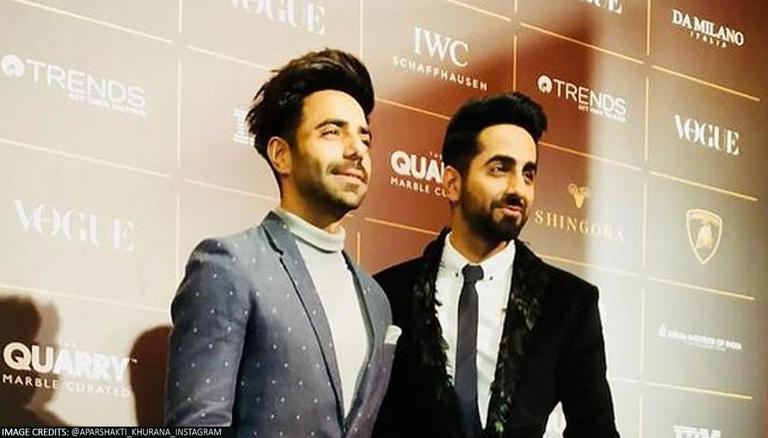 
As the Dangal actor Aparshakti Khurana became the father of a baby girl, he recently shared a glimpse of their overwhelming daddy-daughter moment and left the fans in awe. He was seen having a nap with his daughter, Arzoie resting on his chest.

Many celebrity artists including his close ones namely Ayushmann Khurrana, Tahira Kashyap and others poured in love for the father-daughter duo. Many fans also expressed their love by stating how cute they looked together.

Aparshakti Khurana recently took to his official Instagram handle and posted a picture of himself with his daughter, Arzoie. In the photo, he can be seen lying on the bed with his eyes half-closed while his daughter can be seen sleeping adorably on her chest. In the caption, she tagged her daughter, Arzoie K Khurana with the hashtag ‘Meri Arziyaan.’

Many fans took to Aparshakti Khurana’s Instagram post and praised him for how cute he looked sharing a cherishing moment with his daughter. Many fans also dropped in hearts and heart-eyed emojis to depict how amazed they were on seeing his picture while others stated that they looked adorable together. Numerous celebrities namely Sunny Singh, Suyyash Rai, Patralekhaa, Amol Parashar, Varun Sharma, Manjot Singh, Meet Brothers fame Manmeet Singh and many others showered tons of love and blessings for Aparshakti Khurara’s daughter. Even Aparshakti’s brother and sister-in-law, Ayushmann and Tahira dropped heart emojis in the comments section to express their love for them. Take a look at some of the reactions to Aparshakti Khurana’s latest Instagram post. 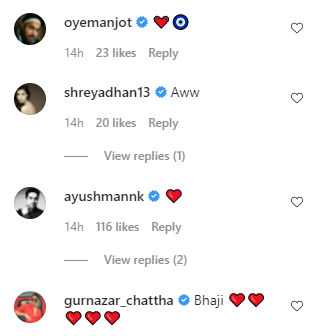 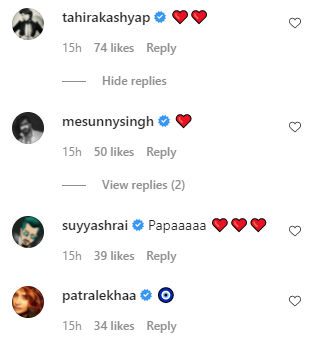 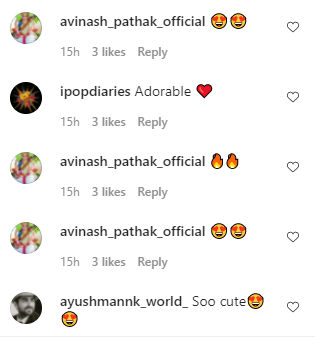 The Dangal actor recently made an announcement about his upcoming song, Chaupai Sahib and revealed that it is slated to release on September 15. He shared the poster of the album and penned a heartfelt caption next to it. He wrote, “A plea to God for protection, Chaupai Sahib, is one of the five Banis recited by Sikhs every morning. It is believed to offer protection and security and people recite it to gain spiritual security. We’re living in stressful times but I hope my version of this Bani takes away some of your stress. May the force of the divine be with you. #ChaupaiSahib now releasing on 15th September.Stay tuned.” (sic). Take a look: