Arjun Kapoor Comes Onboard Mudassar Aziz's Next; Film To Go On Floors In 2022 Second-half

According to reports, Arjun Kapoor will be seen in director Mudassar Aziz's upcoming project, which is being bankrolled by Vashu and Jackky Bhagnani. 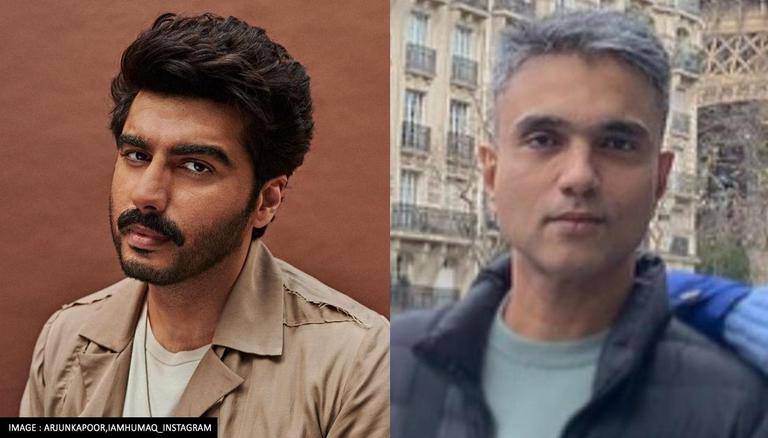 
Arjun Kapoor has a trail of interesting projects in his pipeline, including Mohit Suri's Ek Villain 2, and Lady Killer among others. Adding to the list is director Mudassar Aziz's next project, which will be bankrolled by Vashu and Jackky Bhagnani under the banner of Pooja Films.

According to Pinkvilla reports, the actor-director duo has been discussing their first-ever collaboration for a while now, with the paperwork being done.  A source close to the development further revealed that the film will be going on floors in the second half of 2022.

Arjun Kapoor comes on board to director Mudassar Aziz's next project

"Arjun and Mudassar have been discussing this probable collaboration for a while now. This one is right in the zone of films that Mudassar has made till date, as the screenplay marries humour with drama," the source stated. With the script finalised, makers are now working on the pre-production. It includes the recce as well as finalising the film's ensemble cast.

It will go on floors sometime in  June/July this year as Arjun Kapoor gets free from his prior commitments. An 'A-list' female lead will also be roped in opposite Kapoor. Mudassar Aziz has to his credit films like Happy Bhaag Jayegi and Pati Patni Aur Woh, and his next venture is billed as a comedy, headlined by Huma Qureshi and Sonakshi Sinha.

He will also be sen alongside Tara Sutaria, John Abraham and Disha Patani in Ek Villain Returns, which comes as the sequel to 2014's Ek Villain starring Sidharth Malhotra and Shraddha Kapoor. The Mohit Suri directorial is slated to release theatrically on July 8, 2022. It is being bankrolled by Balaji Motion Pictures and T-Series.

He also has Ajay Bahl's Lady Killer alongside Bhumi Pednekar in the pipeline. Billed as a romantic thriller, it is bankrolled by Bhushan Kumar, Krishan Kumar, and Shaailesh R Singh.