Bollywood stars are painting Instagram colourful with their vacation pictures & actor Arjun Kapoor has also joined the bandwagon for his birthday celebrations. 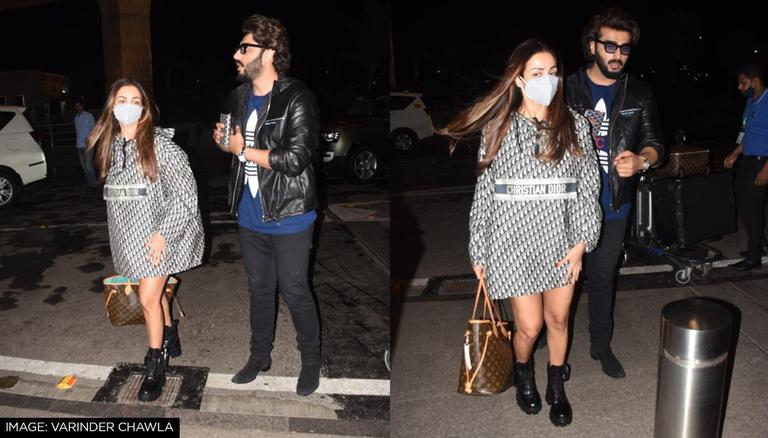 
Bollywood stars are painting Instagram colourful with their vacation pictures and actor Arjun Kapoor has also joined the bandwagon. The actor is all set to ring in his 37th birthday on June 26 and it seems that the actor has already made special plans for the day and it includes his girlfriend Malaika Arora.

Both the stars who were spotted at the Mumbai airport last night have jetted off to an unknown location to celebrate Arjun's birthday. It looks like the couple will have an intimate and romantic celebration and fans cannot wait to catch a glimpse of them together enjoying.

According to various media reports, Malaika and Arjun have chosen Paris as their holiday destination to celebrate the latter's birthday. In the viral pictures and videos of the two from last night, the Ishaqzaade actor was seen wearing a blue t-shirt, while girlfriend Malaika opted for a Christian Dior baggy comfortable dress. She paired it with black boots and a handbag.

Earlier, before ringing the special day, the Chhaiyan Chhaiyan star had presented a special gift to her beau. With just 72 hours left for the actor to turn 37, Malaika made sure to make it more special. Arjun Kapoor recently shared a post on his Instagram stories, giving his fans a glimpse of the gifts sent by his girlfriend "72 hours prior" to his big day. 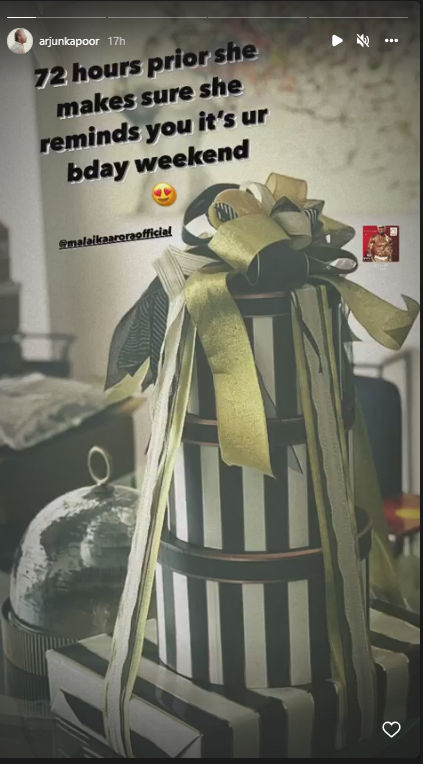 The picture shows a bunch of gifts wrapped in a black and white striped cover and tied together with golden, black, and white ribbons. Both Malaika Arora and Arjun Kapoor have been dating for a while now and after much speculations, the couple made their relationship official in 2019, and ever since then, they keep dropping their loved-up pictures on their Instagram profiles, leaving their fans in awe.

Earlier, the actor rubbished various rumours that the couple is gearing up to tie the knot in 2022. The actor had penned a note on his Instagram stories and wrote, "Love how everyone seems to know more about my life than I do (sic)," and added a laughing emoticon.