As Ahan Shetty unveiled 'Tadap' trailer, Chiranjeevi and other veterans of the film industry showered their praises on Suniel Shetty's son. 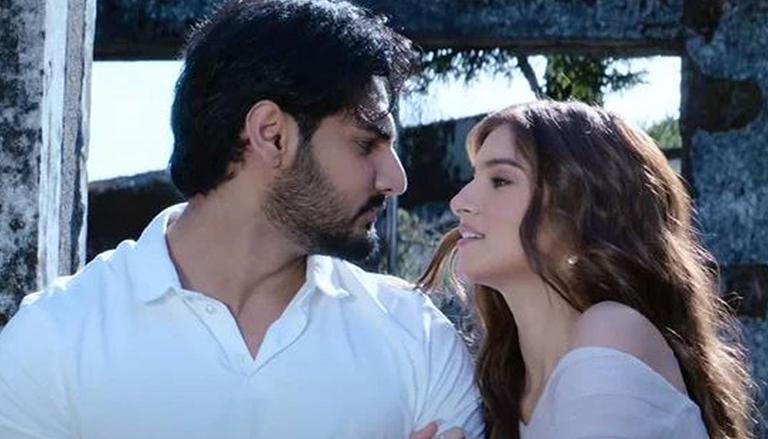 
Some of the biggest names of the Indian film industry showered their wishes as Suniel Shetty's son Ahan Shetty geared up for his debut in Bollywood. From the B-Town fraternity, it was Amitabh Bachchan, who launched the trailer of the youngster's debut Tadap as it was released on Wednesday. Meanwhile, veterans from the South film industries including actor-politician Chiranjeevi also penned wishes for Ahan on his debut.

The Telugu star termed the movie as 'raw' & 'intense' on the first glimpse. He added that the trailer looked impressive.' The Sye Raa Narasimha Reddy star sent his love and wishes to the star kid.

Chiranjeevi expressed his wishes while sharing the trailer.

Overwhelmed by the message, Suniel Shetty replied that he was 'grateful & humbled' and called it a 'beautiful introduction'. He thanked his senior for his 'lovely wishes' and the 'warm welcome' into the 'magical world of movies.'

Chiranjeevi garu 🙏 Grateful & humbled at your beautiful introduction to Ahan & your lovely wishes for his #Tadap Deeply touched at your warm welcome to him into your magical world of movies 🙏 Thank you https://t.co/AJgs9rUY6E

Another superstar from the South to extend his wishes was Mohanlal. The Malayalam star wrote, 'Welcoming dear Ahaan Shetty (son of Sunil Shetty) to the world of Indian Cinema as he enters with Sajid Nadiadwalas' 'Tadap' as his debut film. All my love and prayers!'

Earlier on Wednesday, Amitabh Bachchan, who collaborated with Suniel Shetty on multiple projects, wrote, '"Tadap. Ahan .. we saw you grow up .. and today it's a huge pleasure and honour to introduce you to the World of cinema, through your maiden effort ‘Tadap’ .. all the blessings and good wishes."

Tadap also stars Tara Sutaria in the lead. The trailer features Ahan showing various shades, right from portraying intense action scenes, out-and-out romantic scenes, and even song-and-dance, giving a glimpse of all a 'Bollywood hero' is expected to do.

Tadap is the official remake of the Telugu film RX 100. The movie is being directed by Once Upon a Time in Mumbaai fame Milan Luthria.

The romantic film is gearing up for December 3 release.  The venture is produced by Sajid Nadiadwala and the script has been penned by Rajat Arora.