Ahead of its release, makers of 'Atrangi Re' released another foot-tapping track 'Little Little', which is all about Akshay Kumar, Sara & Dhanush's fun banter. 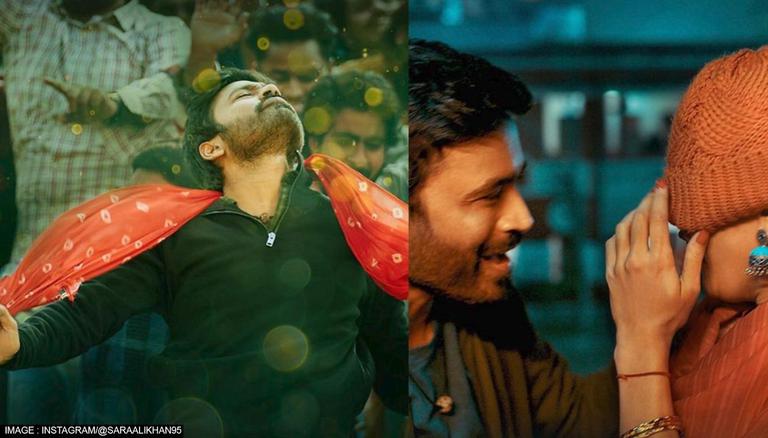 
Ahead of its release, makers of Atrangi Re are leaving no stone unturned in keeping fans' curiosity intact and its soulful music score has everyone hooked on. From Chaka Chak, Garda to Rait Zara Si, the tracks have become raging hits among the masses, and adding to the list is the film's recently released number Little Little. The foot-tapping track is all about Sara and Dhanush's budding romance, as the latter coyly expresses his love for Rinku played by Sara.

The duo is later joined by Akshay Kumar's character, and both Dhanush and Akshay engage in a fun face-off in their quest to impress Sara. While Dhanush flaunts his dance moves, Akshay works his charm on his dhol. The track ends with the trio bursting into an impromptu session and Sara planting a kiss on Dhanush's cheek.

The track has been crooned by Dhanush and Hiral Viradia, while music maestro A R Rahman has composed, arranged and produced it. Take a look.

During the film's album launch recently, A R Rahman revealed that he curated the film's music keeping the actors' on-screen and off-screen personas in mind.  According to PTI, he said, ''Because I am working with a director so closely and he (Rai) keeps talking about the actors like what Dhanush, Sara and Akshay Kumar do. He told me Akshay has a collection of songs and I thought there is so much competition and that I need to make something cool as he has a lot of choices.''

More about Atrangi Re

Helmed by Aanand L Rai, the film is an unusual love story where both Akshay Kumar and South Indian superstar Dhanush will be seen courting Sara. The film also stars Mohammed Zeeshan Ayyub and Dimple Hayathi in pivotal roles. It is slated to release on December 24 via the OTT platform Disney+ Hotstar.

WE RECOMMEND
'Atrangi Re': Akshay Kumar, Dhanush starrer’s music album to be launched by AR Rahman
'Atrangi Re': Makers unveil South superstar Dhanush's character from the film; Watch
'Atrangi Re': Sara Ali Khan dazzles in ethnic ensemble as she dances on 'Chaka Chak' song
Atrangi Re song 'Little Little' first look unveiled, Dhanush is a delight to watch
Sara Ali Khan and Rupali Ganguly groove to 'Atrangi Re' song 'Chaka Chak', Watch
Listen to the latest songs, only on JioSaavn.com