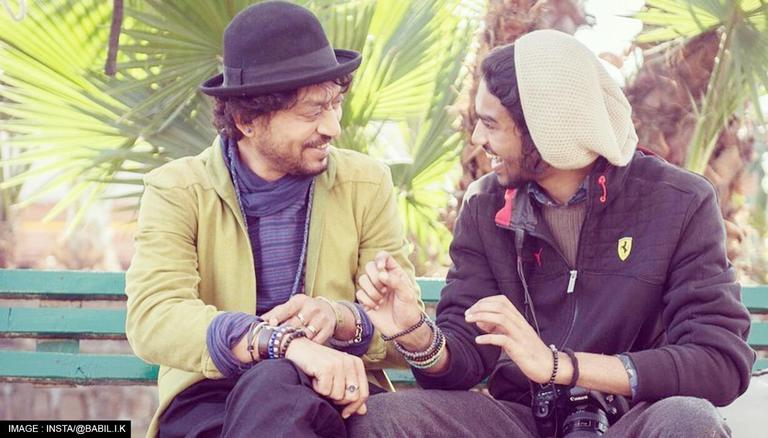 
Actor Irrfan Khan's demise in April 2020 has left a void in the entertainment industry as well as in the hearts of his near and dear ones. The actor was diagnosed with neuroendocrine cancer in 2018 and was under treatment. After an almost two-year-long battle against cancer, the National Award-winner breathed his last on April 29, 2020, at Kokilaben Dhirubhai Ambani Hospital, Mumbai.

His death came as a huge shock to his fans and family, who still miss his presence on the silver screen. Amid fans recalling their memories of the acclaimed artiste, his son Babil Khan often takes to his social media handle to remember his beloved father. Keeping up with it, recently Babil Khan shared an unseen pic with his father.

As Babil is gearing up for his big Bollywood debut, he is often seen expressing his love for his father via his social media handle. On Saturday, he shared a candid picture with Irrfan Khan where the soon-to-be debutant was seen sitting on the floor as he discussed something with Irrfan.

The legendary actor was seen keenly listening to his son's words. Sharing the picture, Babil wrote in the caption "22 years of subconscious learning" which indicates that he has learnt a lot from his father without him even knowing.

As soon as the post surfaced online, fans were all emotional and they took to the comments section. One of the users wrote "He is watching all of us from heaven ❤️, miss you baba, miss you a lot ❤️ thank you babil bhai for such post ❤️ (sic)". Another wrote "You've learnt from theeee BEST teacher of this world @babil.i.k (sic)". A third person wrote, "A Father's a shield for his children ❤️  @babil.i.k (sic)"

Here, take a look at the comments- 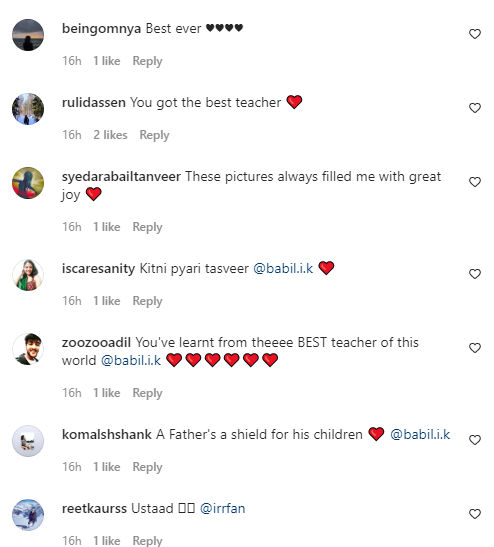 Babil will be making his debut with the movie Qala. The movie is being bankrolled by Anushka Sharma's production house.