'BellBottom': Akshay Kumar Teases Fans With A 'Game On' Photo Ahead Of The Film's Release

As Akshay Kumar's spy thriller 'BellBottom' is slated to release in 10 days, the actor recently shared a poster looking stunning as he announces 'Game On'. 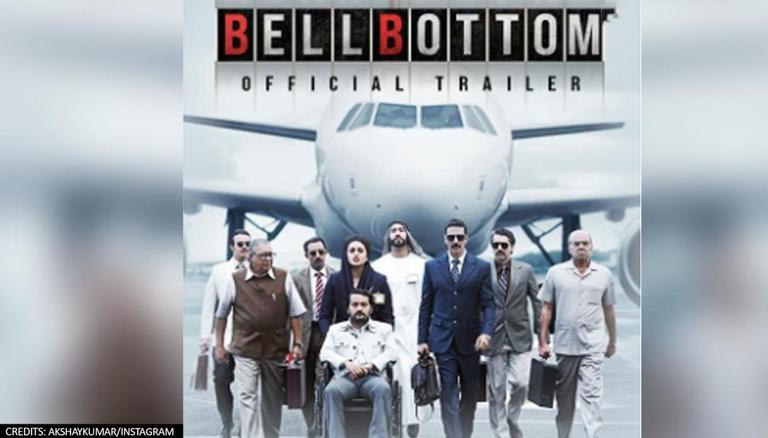 
Akshay Kumar has thrilled fans with his Research and Analysis Wing (RAW) agent role in the highly awaited Bell Bottom, which is just 10 days away from release. The espionage thriller, set in 1984, starring Vaani Kapoor, Lara Dutta and Huma Qureshi apart from Khiladi Kumar will release on August 19, 2021. As the premiere date comes closer, Akshay can't seem to contain his excitement as he took to Instagram and dropped a poster from the movie, captioning it 'Game on'. The actor looks dapper wearing a formal suit as he walks past in a strong demeanour.

Akshay Kumar stuns in THIS pic, says 'Game On'

Helmed by Ranjit M Tewari, the movie will showcase Kumar as a RAW agent who goes by the codename 'Bellbottom'. He is called in to save the day after a plane is hijacked and lands in Amritsar, the seventh hijacking incident in five years. The movie will witness Akshay's character conducting a covert operation wherein he will rescue 210 hostages while neutralising the four hijackers.

As soon as Kumar uploaded the picture with the caption "Game on #10DaysToBellBottom! #BellBottom releasing in cinemas, also in 3D on 19th August,” he was bombarded by fans' comments who congratulated the actor as well as dropped eye-heart emoticons on the Bell Bottom post. The first track of the movie,  titled Marjaawaan was also released recently.

Akshay's role will be aided by other cast members: Vaani Kapoor plays his wife while Huma Qureshi features as one of his team members. Lara Dutta's almost unrecognisable as former prime minister Indira Gandhi has created a buzz among the audience as they hailed Lara for her transformation.

The movie was slated for an early April release but pushed to July due to the deadly second wave of the Covid-19 pandemic. In a first off for Akshay, the actor broke his rule of working only eight hours a day, to make up for the 14 days of quarantine after landing in Scotland. The whole cast had flown to Scotland last year in August to shoot for the movie.

READ | BellBottom trailer out: Akshay Kumar takes on the role of a super spy: Watch

After BellBottom, the actor will be seen in an interesting lineup of films including Sooryavanshi and Ram Setu. He will also take on a role alongside Dhanush, Sara Ali Khan, and Mohammed Zeeshan Ayyub in AtrangiRe. Apart from these, Kumar will be seen in Rakshabandhan, alongside Bhumi Pednekar. Kumar will also take on the titular role in Bachchan Pandey. Kriti Sanon and Jacqueline Fernandez will also star alongside the actor in the action-comedy helmed by Farhad Samji.