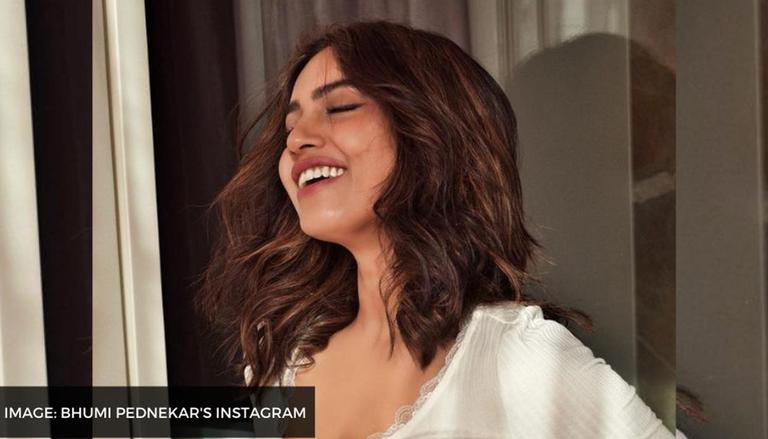 
On May 27, the sitcom Friends' cast reunited for the first time in over a decade for a special reunion episode. Since then, many iconic moments from the sitcom have been recreated by many of the show's fans. Recently, content creator Viraj Ghelani and his grandmother made their own rendition of the song Smelly Cat by one of the show's characters, Pheobe Buffay, played by Lisa Kudrow.

The video showed Viraj finding his grandmother making sounds like a cat, sitting on a window sill. He asks her why she is doing that and she tells him that she's looking for her cat that got lost. When he asks her what happened to the cat, she invites him to listen to her new song. She then proceeds to sing the Smelly Cat song in Gujarati. The video went viral with more than 1 million views in a day.

Bollywood actor Bhumi Pednekar too noticed the viral song video. She took to her Instagram handle to shower compliments on both Viraj Ghelani and his grandmother. She wrote, "Viraj Ghelani ki Nani is my most favourite internet sensation" in her post. See Bhumi Pednekar's post here. The viral video received attention from many other Bollywood celebrities. Scam 1992 actor Pratik Gandhi called the grandmother, "The cutest Nani". Mithila Palkar too commented on the post by dropping heart emojis. Actor Rohan Shah added a laughing emoji and a heart emoji for Viraj and his grandmother. Actor Prit Kamani wrote, "Nani breaks the internet" and added a fire emoji. Trupti Khamkar said, "Killing it Nani" and added laughing and kissing emojis.

READ | Bhumi Pednekar 'can't wait' for 'Sherni' as she reviews trailer; calls it 'the real deal'

Viral Nani's Smelly Cat cover was made by her grandson Viraj Ghelani, who contributed the lyrics along with fellow comedian Chirayu Mistry. The music was made by Ritik Mehta who made an appearance in the music video. The video was released a few weeks after the Friends reunion which was released on May 27, 2021.

The cast of Friends including Jennifer Aniston, Courteney Cox, Matt LeBlanc, Matthew Perry, David Schwimmer and Lisa Kudrow reunited onscreen for the first time after more than a decade. The American sitcom had ended on May 6, 2004, after ten successful seasons. The reunion was hosted by James Corden with BTS, Lady Gaga, David Beckham, Tom Selleck, and many others making guest appearances.