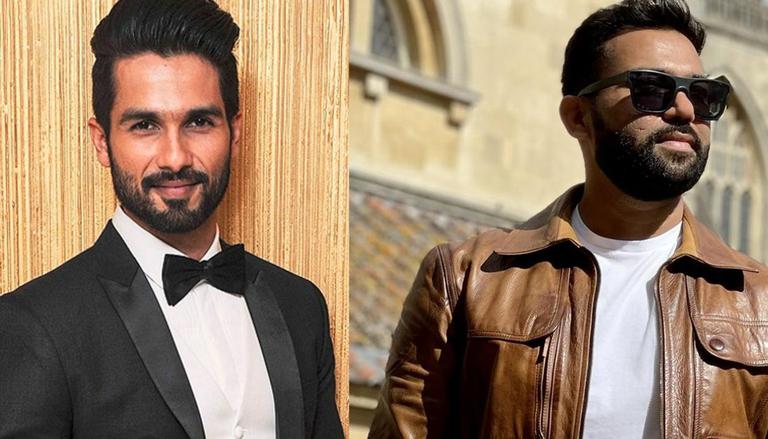 
Actor Shahid Kapoor who has a set of films lined up for release has kick-started the shooting of his next with director Ali Abbas Zafar. The announcement made by the actor comes after he wrapped up the shoot of Raj & DK’s Prime Video yet-to-be-titled web series. The Kabir Singh actor recently took to Twitter and shared a picture with the director while gearing up for the shooting.

In the picture, the two men dressed in black can be seen indulging in a lively conversation on the sets. The amazing picturesque background in the picture shows that they are shooting somewhere abroad. While captioning the post, Shahid wrote, 'Day 1. Blood, grime, and lots of action. Here we go… Ali Abbas Zafar… Better get your game face on.” On the other hand, the Tiger Zinda Hai director also shared a similar post and wrote, “Let’s get this started @shahidkapoor …..are you ready for a crazy, quirky, mad ride of guns & gangs.'

Shahid Kapoor, Ali Abbas Zafar commence shooting of their next together

It was earlier reported by Mid-day that the film that the two are collaborating on is the Hindi adaptation of the 2011 French film Nuit Blanche'. The report also suggested that the two will kick off the shoot with an action sequence. The film is said to have Shahid playing the role of a cop who is chasing drug lords across the city. Nuit Blanche' has already been remade in Tamil and Telugu as Thoongaa Vanam and Cheekati Rajyam.

Blood🩸... Crime ... And lots of action... Here we go ... @aliabbaszafar better get your game face on! pic.twitter.com/yM3nLppY6A

Fans of the star were quick to pour in their excitement about the film and expressed their curiosity to catch a glimpse of the star performing high-octane action stunts. One of the users wrote, 'All the best man. Always cheering for you. You deserve all luck and success.' Another user wrote, 'Wishing the best to you both... Shahid in action mode,' while a third user wrote, 'Wish you all the luck for this one Brother Gonna be a sure-shot blockbuster.'

Pls Do More and More Movies and Now that theatres are open pls do all movies for theaters only.Ur box office reach is huge and this deadly combo of U and ali abbas zafar will set box office on fire

All the best man.
Always cheering for you.
You deserve all luck,and success.

Meanwhile, on the work front, Shahid is presently looking forward to the release of Jersey which is scheduled to come out on December 31. Directed by Gowtam Tinnanuri, the film was originally made in Telugu. The Hindi version also stars Mrunal Thakur and Pankaj Kapur. The actor is also set to star in an action film, titled Bull that is inspired by real events from the life of Brigadier Bulsara. Bull will mark the directorial debut of Aditya Nimbalkar - who has worked extensively with filmmaker Vishal Bhardwaj.