Bobby Deol Shares Unseen Pic With Wife On 25th Anniversary: 'You Mean The World To Me' 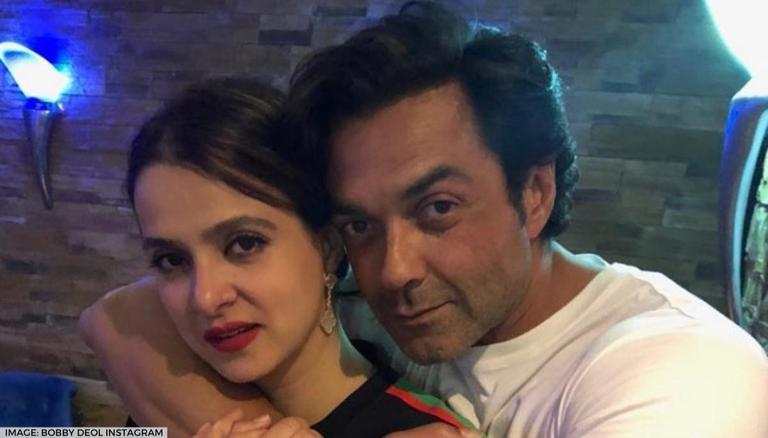 
Actor Bobby Deol recently took to Instagram to share a happy post with his wife Tanya Deol as they complete 25 years of togetherness. He shared a series of pictures with his wife ranging from his wedding pic to the recent one. Bobby also penned a note where he went all-praises for her. On seeing this post, fans have gone on to flood the comment section with all things happy and nice.

Taking to his Instagram handle, Bobby Deol shared some sweet pictures with his wife that are truly unmissable. In the first throwback picture, the duo can be seen hugging each other and are all smiles for the camera. He is seen sporting a denim shirt, while Tanya donned a floral top. The second and third picture is from their wedding ceremony where they can be seen dressed in elaborate attire and are completing the rituals. The last picture is a recent one where Bobby is seen hugging Tanya from behind and both are all smiles for the camera.

Along with the picture, the actor penned a sweet wish for his wife. He wrote, “My heart, my soul. you mean the world to me. love you forever and ever. happy 25th anniversary”. Take a look at Bobby Deol's Instagram post below. 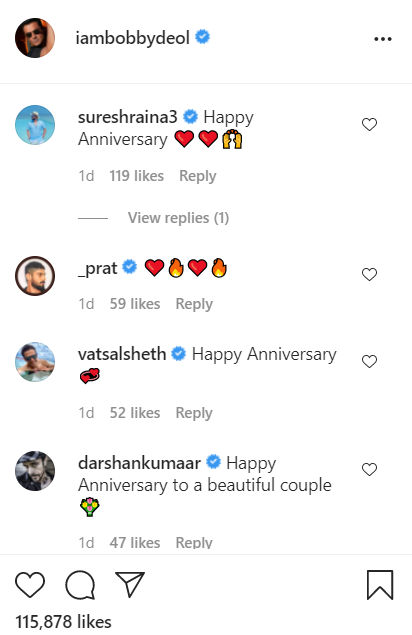 On the professional front, the actor was most recently seen in the second instalment of MX Player's original series Aashram. His performance was praised by both the audience and the critics. His other web project, Class of '83, a Netflix original film, has also received positive feedback. The action-thriller film will be available for streaming from August 21, 2020. Apart from that, Bobby Deol also has a couple of films lined up for him, including Love hostel and Bacchan Pandey which is one of his most-anticipated releases.