Bollywood Actors Who Shot Films In Afghanistan: Feroz Khan, Hema Malini And Others

Amid the tension in Afghanistan, take a look at how great a connection Afghans had with Indian cinema. Read here. 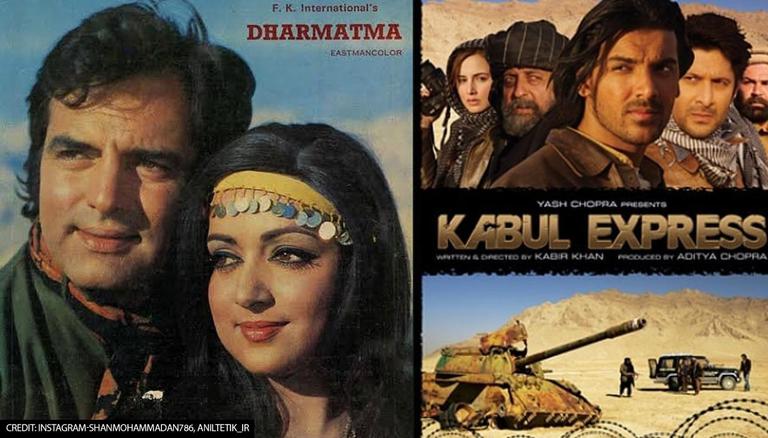 
The chaos and terror continue in Afghanistan while stranded international civilians attempt to flee the country along with Afghans. Several visuals emerging on the internet showed the armed Taliban men creating panic and distress amongst the residents as they take over the cities after capturing the capital city Kabul. Desperate scenes at the Kabul airport and streets of Afghanistan has led everyone to wonder about the future of art and cinema in the country as the Taliban have a history of oppressing women and imposing their own version of the Sharia law. Amid the tension in Afghanistan, take a look at how great a connection Afghans had with Indian cinema.

List of Bollywood actors who shot films in Afghanistan

Feroz Khan, Hema Malini, Rekha and Premnath shot their 1975's film, Dharmatma in Afghanistan. The film was the first film to be shot in a South Asian country. Helmed by Feroz Khan, the film was based on Hollywood's one of the iconic films, The Godfather.

Janasheen is the second film by Feroz Khan that was filmed in the South Asian nation. Released in 2003, Fardeen Khan and Celina Jaitley are seen in the lead roles. The film was shot in Afghanistan post-Taliban reign.

John Abraham and Arshad Warsi shot their 2006's Kabul Express in Afghanistan. Helmed by Kabir Khan, the film depicts a tale of two Indian reporters who were sent to Afghanistan and their work was to report the situation post-US-led invasion after September 2001.

READ | Afghanistan crisis: Young couple breathe a sigh of relief after being evacuated to Germany

Sanjay Dutt and Nargis Fakhri shot their OTT released film, Torbaaz in the South Asian country. The film was released on Netflix in 2020 and is being shot in places like Bishkek and Kyrgyzstan, becoming the first Indian film. The film, which is helmed by Girish Malik, is based on child suicide bombers in the nation.