After several years of conceptualisation and working on his passion project, filmmaker Ayan Mukerji is all set to release his much-awaited film, 'Brahmastra'. 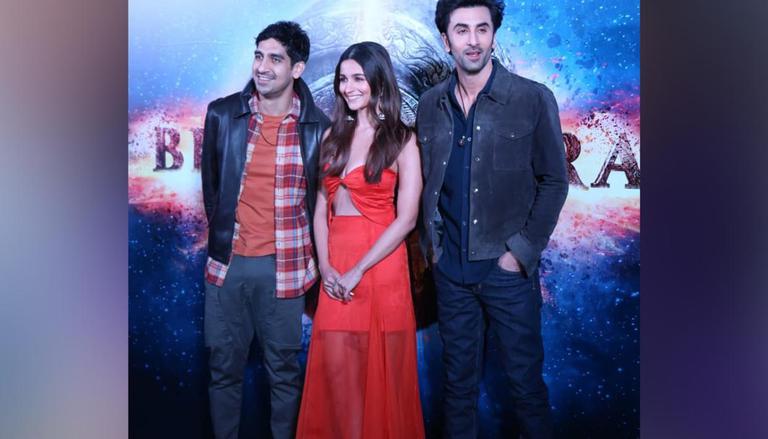 
Ayan Mukerji's magnum opus Brahmastra stars Amitabh Bachchan, Alia Bhatt and Ranbir Kapoor in the lead roles. After several years of conceptualisation and working on his passion project, filmmaker Ayan Mukerji is all set to release his much-awaited film, Brahmastra in theatres in the year 2022. After updating the fans about the release date of the film, Ayan along with Alia and Ranbir finally unveiled its first motion picture.

The special event was held on Wednesday in New Delhi, which was attended by Ayan, Alia and Ranbir. The trio also interacted with the fans and followers present at the event as they dropped the first look of the film. Take a look.

During a fun live interaction 'Q&A' round at the mega event, Ayan was asked why he chose to change the title of the film, Brahmastra from Dragon. Listening to the question, Ayan was surprised as not many people had known about the initial title of the film. The filmmaker recalled that he might have shared the original title on his social media handles earlier.

However, responding to the question, Ayan said, "The title of the film 'Dragon' was temporary. I didn't give much thought to it as Shiva, in the film, has the power of fire, I called it 'Dragon' on the script. But the film was always rooted and inspired by Indian culture and history. When the time came to give it a literal title, Brahmastra was always the right title. But Dragon was named as it was relatable to fire, power." He then joked only if we made a film in China, we would have called it 'Dragon.'

READ | Ranbir Kapoor answers 'When will he marry Alia?' at Brahmastra poster launch event
READ | Ayan Mukerji reveals why he changed the name of his film from 'Dragon' to 'Brahmastra'
READ | Alia Bhatt blushes as Ranbir asks 'do you remember when we started?' at 'Brahmastra' event