Ayushmann Khurrana recently unveiled a new poster for the upcoming film 'Chandigarh Kare Aashiqui'. He also revealed the trailer will be out today, November 8. 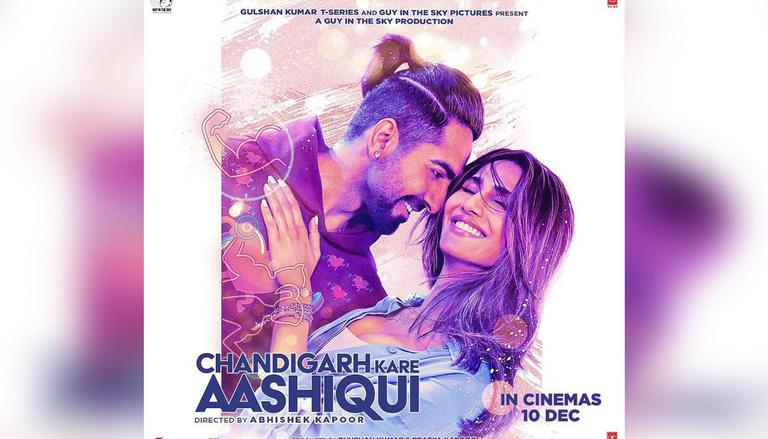 
Ayushmann Khurrana and Vaani Kapoor are currently gearing up for the release of their upcoming film Chandigarh Kare Aashiqui. After several delays, the film is now set to hit the theatres later this year. While fans have been waiting for any update on this first-time collaboration of Ayushmann and Vaani, the filmmakers are set to unveil the film's trailer today, November 8.

Ayushmann Khurrana recently unveiled a new poster of the upcoming film Chandigarh Kare Aashiqui. The colourful and artistic poster had the Vicky Donor actor, donning a ponytail and a hoodie, and Vaani Kapoor, sporting a blue jacket, in a loved up pose. Sharing the latest poster, the actor also announced the film's much-awaited trailer will be released later today. The actor wrote, "Monday Motivation: Aashiqui mere naal. Chandigarh Kare Aashiqui, trailer out today!" Fans reacted to Ayushmann's post and revealed they are excited to watch the romance drama.

Last week, Ayushmann Khurrana and Vaani Kapoor unveiled the first motion poster of their upcoming film. The poster hinted at the two actors' characters in the film. While the Doctor G actor is expected to play a fitness enthusiast hailing from Chandigarh, Vaani Kapoor will portray the role of his love interest, (probably) a dancer. The first look of the movie saw the two in a lip lock pose. Sharing the poster, Ayushmann asked his fans to get ready to fall in love and wrote, "Yeh aashiqui kuch alag hai." On the other hand, Vaani Kapoor wrote, "Tis the season of sass, drama and AASHIQUI," and hinted at the film's romance and drama genre.

Ayushmann Khurrana is a busy actor and has been working ever since the first COVID-19 lockdown was up. He and Vaani Kapoor shot the film in Chandigarh in 2020 and wrapped it up by December of the same year. The film was initially scheduled to release on July 9, 2021. However, due to the sudden spike in COVID-19 cases which led to the second wave, the makers had to postpone the film. As the Maharashtra government gave permission to cinema halls to resume running films, filmmakers locked Chandigarh Kare Aashiqui's release date. The film will release on December 10, 2021. The film is helmed by Abhishek Kapoor, while T-Series and Guy in the Sky Pictures bankrolled it.