On the occasion of Children's day, take a look at these Bollywood films which shed light on pertinent issues through powerful performances by child protagonists 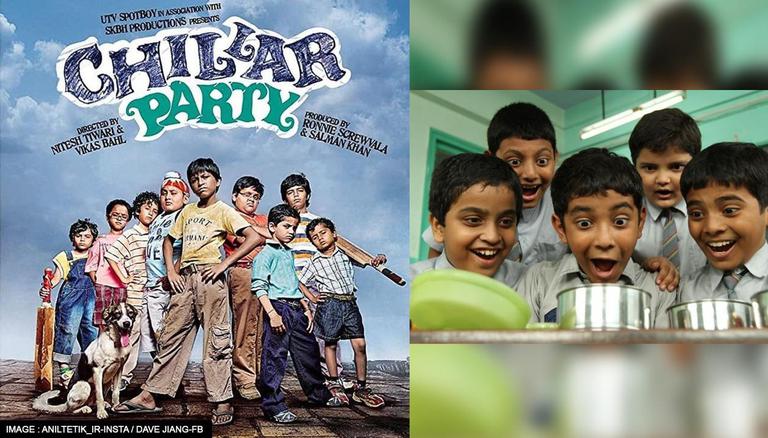 
Bollywood has curated movies pertaining to all age groups, with its special emphasis on children's tales including Taare Zameen Par, Stanley Ka Dabba, Chillar Party among others touching upon issues relevant in today's time. These films have been made with an intention of imparting knowledge among parents/ teachers about the younger ones' special needs, bridging the generation gap and starting more honest conversations as well as teaching children the importance of care and compassion.

Child artists have time and again proved their mettle by taking on challenging roles under this genre, and on the special occasion of Children's day tomorrow, take a look at some of the Bollywood movies helmed by these young artists as they throw light on pertinent issues.

The 2011 comedy-drama helmed by Amole Gupte showcases the state of affairs of children deprived of any support or aid in dealing with poverty and neglect. The film, which brought the tragic condition of child labour to the forefront, saw Partho Gupte as Stanley Fernandes who is treated differently by his Hindi teacher owing to his inability to bring lunch to school. Partho went on to bag a National Film Award for Best Child Artist for the film.

READ | Children's Day 2021: From Quiz to Gifts, How to Celebrate Children's day

Directed by Priyadarshan, the film follows the story of a 12-year-old child (essayed by Darsheel Safary) who is forced to mature beyond his years owing to his family's poor condition. The parents struggle to afford even a uniform or a pair of shoes for their children, as they navigate their state of affairs. The movie came as an official adaptation of the award-winning Iranian film Children Of Heavens.

Directed by Nitesh Tiwari and Vikas Bahl, the film beautifully encapsulates the bond between a group of children and a stray dog. The group of children befriend an orphaned boy and his dog, and their love for the four-legged causes them to stand up against the evil officials who plan to rid the city of all strays. Bridging the constructed hierarchy between the privileged and those deprived of it, the film bagged the 2011 National Film Award for Best Children's Film.

READ | Children's Day 2021: Thoughts, quotes and poems to share on this special day

The 2005 film is based on the eponymous novel by Ruskin Bond and spreads the message of compassion among children, telling them how even an evil person doesn't always deserve judgement or cruelty for his deeds. The film was directed by Vishal Bhardwaj, starring Shreya Sharma and Pankaj Kapur in lead roles.

READ | Children's Day Special: List of Child actors who made it big in Bollywood

Directed by Mani Ratnam, the movie follows the story of a dying mentally disabled child, along with the trauma faced by her family members. The parents' efforts to cope up with the dire situation is intricately showcased in the film. Anjali went on to bag three National Film Awards while being  India's official entry to the Oscars in 1991.