'Made me feel comfortable' | Dhanush Picks His Favourite Co-star From Bollywood, Says 'she Will Always Be Special'

Versatile actor Dhanush who is looking forward to the release of his next film 'Atrangi Re', recently appeared on a talk show for the promotion of the film. 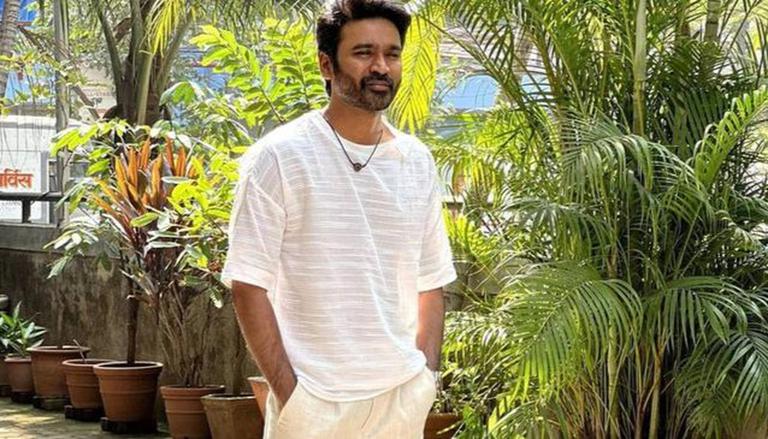 
Versatile actor Dhanush who is looking forward to the release of his next film Atrangi Re recently appeared on a talk show for the promotion of the movie. During his appearance, the actor who has been a part of a few Bollywood films earlier picked his favourite co-star without giving a second thought.

Dhanush who has worked in director Aanand.L.Rai in 2013’s biggest hit Raanjhanaa, has reunited with the director again for Atrangi Re. Apart from the 'Kolaveri D' singer, the film also stars Akshay Kumar and Sara Ali Khan in key roles. As part of the promotional event, Dhanush was asked to pick between the two actors - Sonam Kapoor and Sara Ali Khan.

Dhanush has worked with Sonam earlier in the film Raanjhanaa. The actor was quick to pick Sonam, and then explained that Sonam will always be special to him because she was his first co-star in Bollywood. “Not taking away the kindness, sweetness, fun (that) Sara (brought) on the sets of Atrangi Re, Sonam because she was very special, she was my first co-star in Hindi films and a guy from the south coming here, and she made me feel very comfortable and very kind to me. I am very grateful for that,” he said. Reacting to the same, Sara instantly replied, “Wow, not offensive at all. I'm losing my hamper, I am losing my...”

READ | 'I was always against the divide between south and north Indian films', says Dhanush

Atrangi Re is an unusual love story revolving around Rinku (Sara) who is in love with Sajjad (Akshay Kumar) but is forced to marry Vishnu, played by Dhanush. The film's phenomenal music score curated by AR Rahman has already won over the audience as they await the musical drama's release later this week.

Atrangi Re marks Dhanush's first Hindi film in over six years, and the actor stated how a good storyline is pertinent for him to act in any film. As per PTI reports, he quipped, "I want to be a part of good beautiful stories like how ‘Atrangi Re’ is an interesting film. For a film to happen, there are a lot of factors that work and everything should fall in place. With this film, I hope I am able to satisfy the expectations of my fans here.” He added that the key reason he returned to Hindi cinema with this film was Aanand L Rai, who also happens to be a good friend.

WE RECOMMEND
'Atrangi Re': Witness Akshay-Sara-Dhanush's playful banter in latest track 'Little Little'
Sara Ali Khan and Rupali Ganguly groove to 'Atrangi Re' song 'Chaka Chak', Watch
'I was always against the divide between south and north Indian films', says Dhanush
'Atrangi Re': Akshay Kumar, Dhanush starrer’s music album to be launched by AR Rahman
Sara Ali Khan thanks 'Atrangi Re' co-star Dhanush for 'selfless love' in gratitude post
Listen to the latest songs, only on JioSaavn.com