Dharmendra Singh Deol popularly known as Dharmendra is one of the most fabulous actors that Bollywood has ever had. Over the years he has gained a huge loyal fan base and is close to the heart of the Indian audience. Dharmendra is also one of the successful actors and has given several blockbuster hits in his filming days. One of his most notable roles was in the 1975 movie Sholay. He has received many awards in his career span including Padma Bhushan in the year 2012.

Taking to Instagram, Dharmendra recently gave a sneak peek of his farmhouse. He shared a video and also shared an inspirational message for his fans. The video shared by Dharmendra begins with the outside area of his farmhouse which consisted of white styled statues near the fountain of his house. The video then suddenly moves towards the megastar Dharmendra, who is seen enjoying methi parantha outside his house.

Dharmendra then gave an inspirational message in Hindi which translates to – All these things that have been given to him by someone, one day he will also take these things away from him. However, life is very beautiful and everyone should live it to the fullest. 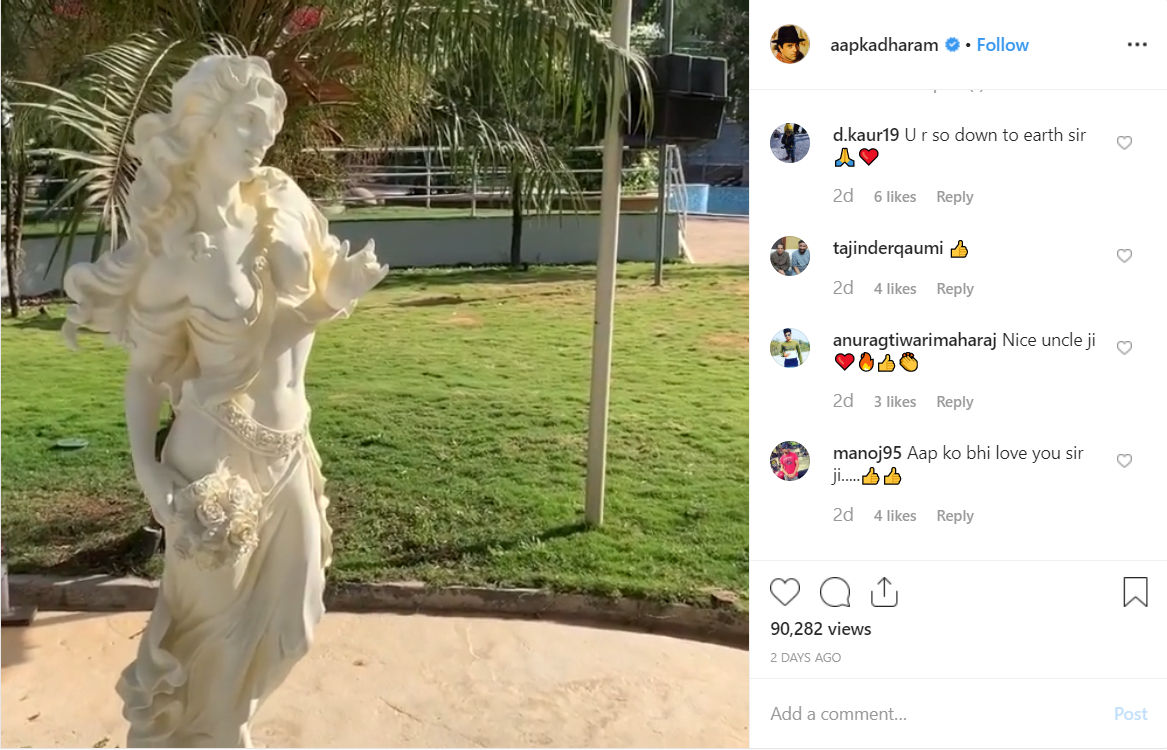 Fans of Dharmendra filled the comment section of the actor with love and appreciation. Some said that he is a down to earth person while others praised him for his motivational message. Few also showered his post by hearts and smile emoticons. He most recently featured in "Yamla Pagla Deewana: Phir Se", alongside sons Sunny Deol and Bobby Deol.