Did You Know Ayushmann Khurrana-Tahira Kashyap's Love Story Began In Their 12th Class?

Ayushmann Khurrana and Tahira Kashyap dated each other for 8 years before they tied the knot. They met each other during their 12th standard board exams. 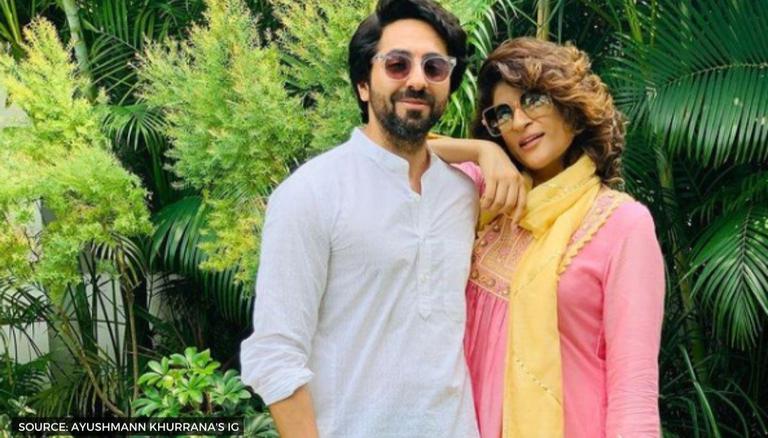 Ayushmann took to his Instagram handle to wish his wife Tahira on their 20th anniversary. He wrote that she was the sole reason for his bad scores in the 12th standard boards. The couple decided to start dating before their chemistry exam. He added, "Had terrible ranks in PMT and CET exams as well. Thank you @tahirakashyap for ruining my attempt to be a doctor." He later took the blame on himself and mentioned that it was his fault that he is a bad multi-tasker. He complimented her by saying that she was good at it.

He mentioned a few memories from their dating days. He shared that in 2001, they used to listen to Bryan Adams’ Inside Out on loop. They did it so much that even the cassette had a few scratches on it. The couple dated when there were no cell phones. He mentioned that they were often afraid that their parents should not hear their calls through parallel telephones. He shared a picture of her wearing a red hoody and shorts.

Tahira, on the other hand, shared a series of pictures in a video form. She shared pictures from their teenage years  In the video, she added her voice explaining how their relationship began. In 2001, the couple had an awkward silence over a phone call and said 'I love you' to each other. She mentioned that ever since then they have stuck around with each other during good and bad times. Take a look at the video here.

In 2016, Tahira told India Today that they had met each other in their Physics class. She had thought that his name is Abhishek and she and her friend had a huge crush on him. She later realised that he had a crush on her too. Tahira's father invited an astrologer who in turn was Ayushmann's father. They grew up together and finally tied the knot in 2008.